The More Everything Is Different This Time, the More It Never Is

If there’s one commodity which has been in superabundant supply in the world of Bitcoin, it’s breathless hyperbole.

It wasn’t that long ago that people were explaining why earnings no longer mattered in the stock market. Theglobe.com was a great example. Hemorrhaging money from the world ‘go’, the fifth-rate social media site managed to parlay froth and delusional investor sentiment into an IPO.

Six months after that IPO, it was stone cold bankrupt. And all the lathered shouting about new paradigms in the market that was so in vogue in the late 90s turned out to be completely false. All the same high-flown talk, floating above a fundamental value that is questionable at best, surrounds Bitcoin right now.

Bitcoin’s soaring premium to gold is being eroded as the digital currency faces regulatory scrutiny and lower demand. 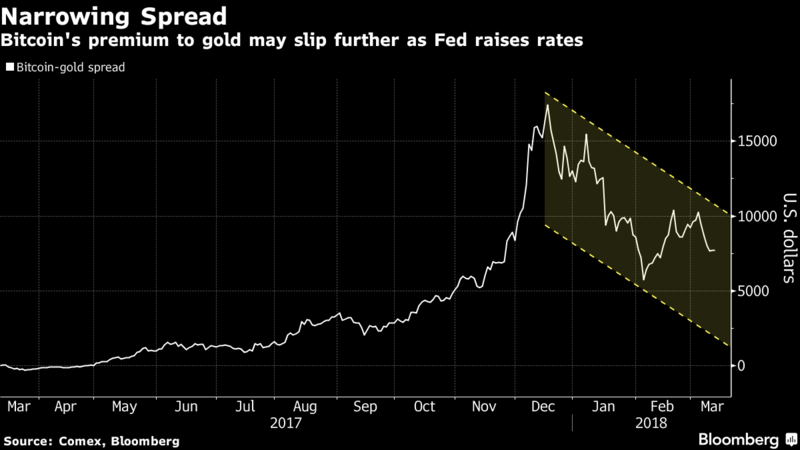 The convergence is likely to accelerate with help from the Federal Reserve, according to Mike McGlone, a strategist at Bloomberg Intelligence, who says rate hikes have marked bitcoin tops and gold bottoms.

“Getting past imminent Fed tightening, increasing inflation and the weak dollar are all gold-positive, while the opposite, mean reversion, is bound to continue overwhelming bitcoin,” he said, adding that the price of one bitcoin and an ounce of gold were the same only 11 months ago.

ORIGINAL SOURCE: Bitcoin’s Premium to Gold Looks Set to Get Hit by Fed Hikes by Susanne Barton at Bloomberg on 3/12/18