We have reached a point where there is near-unanimous agreement that our current rate of government debt spending is unsustainable.

But what does that actually mean? When debt ceilings come and go and even the temporary shutdown of the government becomes a semi-regular occurrence that doesn’t seem to impact anything, who can be blamed for seeing our financial quandary as one for which the bill, the one that must be paid now with no delay, will never come?

That bill will arrive. Nobody knows when. Making peace with the fact that the timing is unknowable, but still preparing for its inevitability, is the essence of sound preparation and investment.

The economy’s growth, which slowed in 2018’s first quarter, is not brisk; it still is not even the 3 percent that is the low end of presidential boasting. At the end of this month, the economy will amble into the tenth year of the expansion that began in June 2009. This month is its 108th, making it almost twice as long as the average expansion (58 months) since 1945. 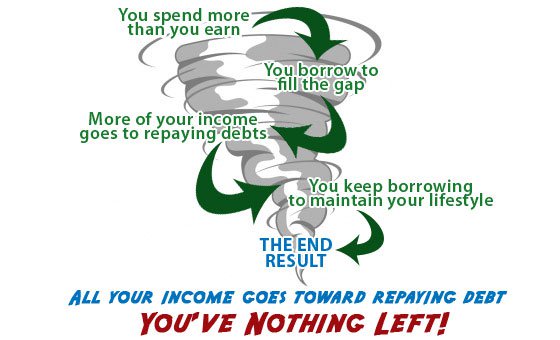 Unless Mr. I Alone Can Fix It has banished the business cycle forever — modesty would not have prevented him from mentioning this — a contraction is somewhere in America’s future. It might begin in fiscal conditions resembling today’s because this is now normal: trillion-dollar annual budget deficits while the economy is at full employment. (The 3.9 percent unemployment rate is impressive, even give the decades-long decline in the work-force-participation rate, which today is 62.8 percent.)

The Congressional Budget Office projects that new federal borrowing over the next ten years will total $12.4 trillion and that at the end of 2028, the debt will be $28.7 trillion — 96 percent of GDP, up from 39 percent in 2008.

But the CBO is required to pretend that Congress will not make matters worse. Its projections must assume the continuation of current law. So, the CBO must assume that the caps on defense and nondefense appropriations imposed in the Budget Control Act of 2011 will be enforced in 2020 and 2021. But those for 2018 and 2019 have just been discarded. How likely is a reversion to disagreeable discipline?

Hillsdale College’s Gary Wolfram notes that total discretionary spending — including defense — for fiscal 2019 is projected to be $1.362 trillion, which is just $381 billion more than the projected deficit. All this means trouble, unless Mr. Art of the Deal can negotiate with arithmetic, persuading it to amend its rules so that trillion-dollar deficits will not mean trillion-dollar increases in the debt.

ORIGINAL SOURCE: Are We Trapped in a Debt Spiral? by George Will at National Review on 5/6/18