Trump’s Rationale for Tariffs: Canada Is a National Security Threat to US

Feelings and votes. These are the motivations behind all the current trade war tariff-assigning and tough talk. A nation that issues the singular currency in which almost all global trade is conducted will always run a trade deficit, by definition. Trump does not understand this.

But he wants people to like him and he wants people to vote for him. So he engages in destructive, irrational behavior that appeals to his voter base. Make no mistake: his rationale for steel tariffs on Canada is that Canada is a growing threat to America’s national security. Canada.

Nobody believes this is true. But Trump doesn’t care what is true, and neither do his “I’d still vote for him if he shot someone walking down the middle of 5th Avenue” supporters.” It hits all the right populist, protectionist notes. That his actions are senseless, reckless, and fundamentally damaging to all concerned doesn’t matter. His base supporters feel like they’re being noticed, so they’ll vote for him again.

Populism is like a drug. It feels good to those who partake even as it destroys and eventually ruins them. 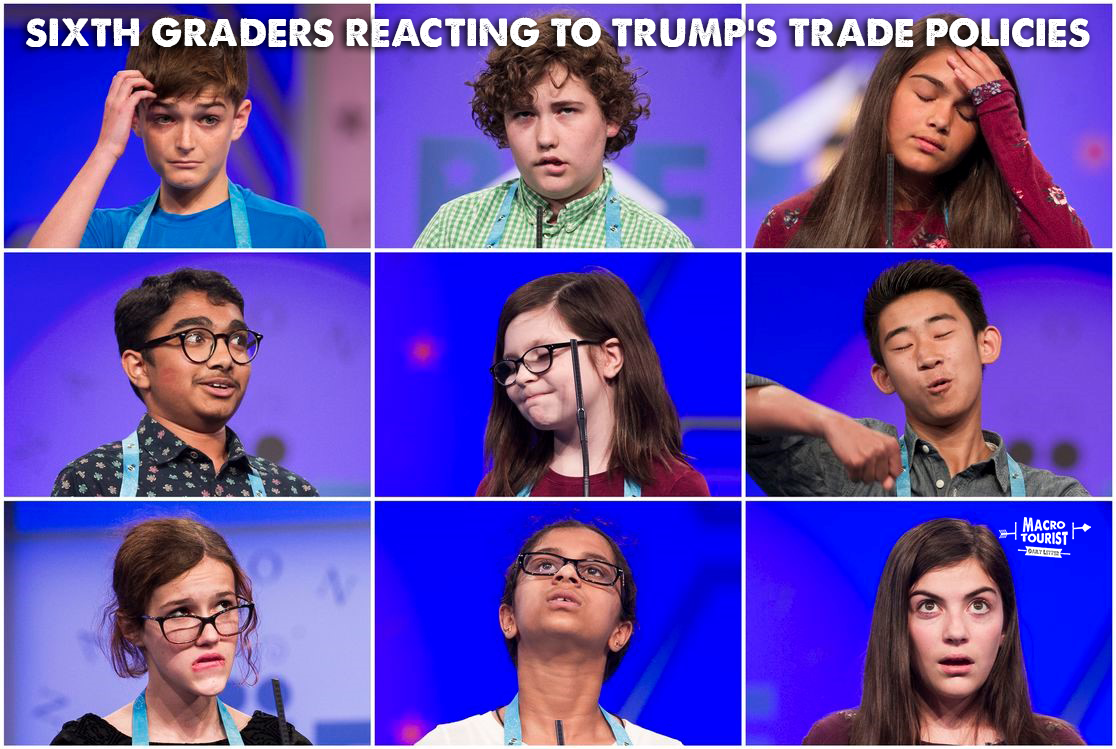 Trade protectionism causes higher prices. There is no disputing that fact. The only question is whether the central bank monetizes those increases and causes inflation, or whether the tariffs have the effect of causing a decrease in economic production as a less optimal economic solution is reached.

If the central bank was truly interested in preserving the long-run value of money, then an increase in tariffs would be met with an increase in interest rates. So that begs the question of whether the Federal Reserve will view these tariffs as a development that calls for higher interest rates.

And here is where it gets tricky. We won’t know what the Federal Reserve would have done absent these tariffs.

But at the risk of making a fool of myself, here is my thinking regarding the path of rate hikes. Powell will keep the Federal Reserve on a course of hiking every other meeting until something breaks. He won’t deviate from this schedule until there is a dramatic change in either the economic or financial landscape. If I am correct, then Trump’s tariffs will have no effect on monetary policy. Thus, given the no change in monetary policy, at the margin, Trump’s tariffs will be inflationary.

If Trump can navigate these trade negotiations anywhere near as adeptly as he believes in his own mind, then maybe the financial markets are reacting perfectly to these developments. Yet maybe it’s one of those times when it doesn’t matter until it matters (and then it matters a whole lot!)

ORIGINAL SOURCE: SLEEP WALKING INTO THE NEXT CRISIS? by Kevin Muir at The Macro Tourist on 6/1/18