The sharp rise in US oil production has not been a bad thing, of course, but when a nation’s economy is a house of cards, you never know what seemingly innocuous move is going to bring it all tumbling down.

The petrodollar is backed by Treasuries, so it can help fuel U.S. deficit spending. Take that away, and the U.S. is in trouble. It looks like that time has come. A death blow that began in 2015 hit again in 2017 when China became the world’s largest consumer of imported crude. 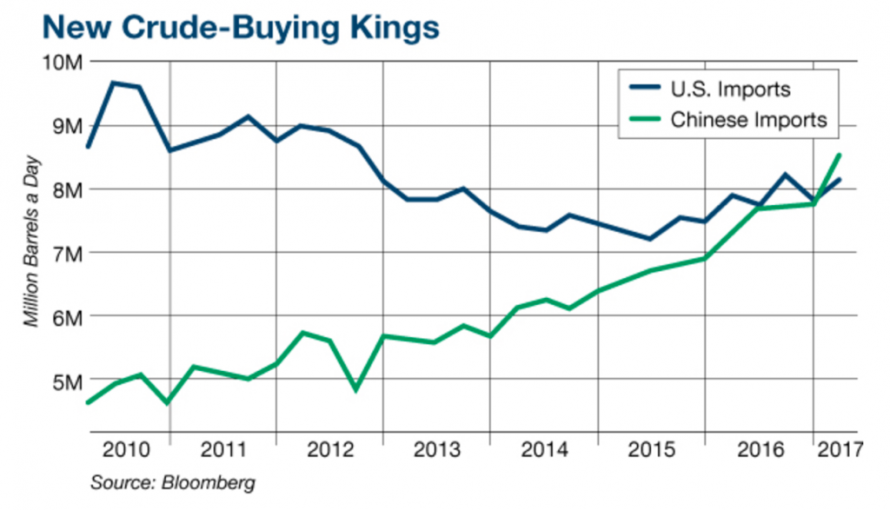 Now that China is the world’s leading consumer of oil, Beijing can exert some real leverage over Saudi Arabia to pay for crude in yuan. It’s suspected that this is what’s motivating Chinese officials to make a full-fledged effort to renegotiate their trade deal.

So fast-forward to now, and the final blow to the petrodollar could happen starting on March 26.

Amongst all the trouble ahead for the dollar, there is some good news too. The U.S. might have ditched the gold standard in the 1970’s, but with gold making a return to world headlines… we could see a resurgence.

For the first time since our nation abandoned the gold standard decades ago, physical gold is being reintroduced to the global monetary system in a major way. That alone is incredibly good news for gold owners.

A reintroduction of gold to the global economy could result in a notable rise in gold prices. It’s safe to assume exporters are more likely to choose a gold-backed financial instrument over one created out of thin air any day of the week.

Soon after, we could see more and more nations jump on the bandwagon, resulting in a substantial rise in gold prices.

ORIGINAL SOURCE: China Is One Signature Away From Dealing The Dollar A Death Blow by Tyler Durden at Zero Hedge on 3/22/18