What if the 20-Year Decline in Velocity of Money is Finally Reversing?

It's a frightening prospect to think that monetary velocity, which has fallen consistently for 20 years, may have essentially kept the worst effects of Fed currency printing at bay. Enough liquidity has reached markets for runaway risk-asset bubbles, but if velocity is now reversing its two-decade downward trend, the effects could include wild price inflation.

Do we only see what we want to see? The other day, one of the biggest bond bulls out there, Raoul Pal, posted the following chart: 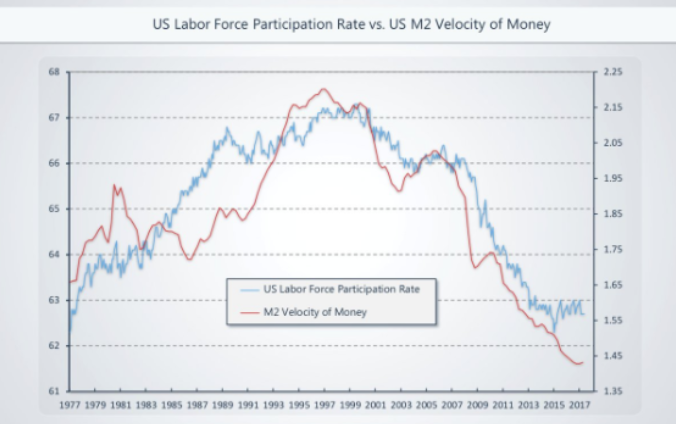 I was confused by Raoul’s comments because as I examined the chart of M2 Money Velocity versus US Labour Force Participation, it only made me more bearish on bonds. But to Raoul and all the other deflationists, this chart demonstrates the futility of battling the overpowering forces of demographic deflation.

But the labour supply glut is finally getting worked through. China is no longer the cheap cost provider competing in a race-to-the-bottom on wages. Globalization is now headed in reverse with tariffs and other trade impediments being applied.

So I ask - what are the chances that labour participation continues declining? Even if it just stabilizes, this might allow the velocity of money to stop its relentless plummet.

And if the money velocity stops declining, and god forbid, even increases, what will happen to the mountain of monetary stimulus that has been administered over the past decade? 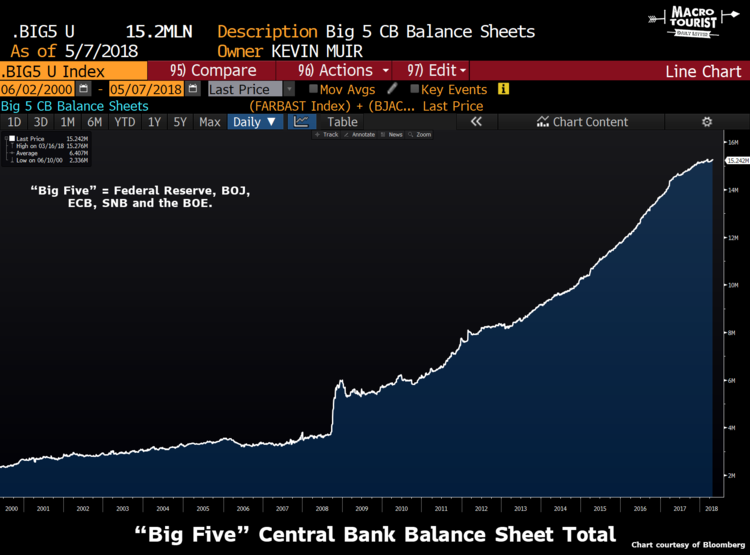 I don’t know if I am just seeing what I want to, but when I look at Raoul’s chart of M2 velocity versus the Labour Participation Rate, all I can do is worry about what happens if velocity follows the participation rate higher. Instead of just assuming this trend will continue forever lower unabated, I am preparing for the day it bottoms and turns everything we know on its head.

ORIGINAL SOURCE: PUSHING AGAINST THE BIG WAVE by Kevin Muir at The Macro Tourist on 5/7/18