Your Every Action Monitored and Rated: China's "Social Credit Score"

Zero privacy. Indoors, outdoors, at work, at play, in your own home. The war on cash is pernicious enough, but imagine having no expectation of making a single move unmonitored by video, by the government, inside your own home.

Not just science-fiction-level invasive nightmare anymore. Official Chinese Communist Party national policy. And reality in two years: “By 2020, China will have completed its nationwide facial recognition and surveillance network, achieving near-total surveillance of urban residents, including in their homes via smart TVs and smartphones.”

China is rapidly building out a Total Surveillance State on a scale that far surpasses any government surveillance program in the West. 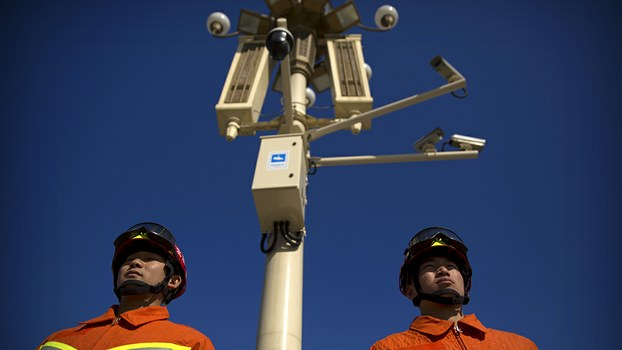 There is something breathtakingly appealing to anyone in a position of power about this goal: imagine being able to catch miscreants who smoke in no-smoking zones, who jaywalk, who cheat people online, and of course, who say something negative about those in power.

Who has the power to change the weightings within the automated software? Will criticizing the government online generate 1 negative point this month but 10 points next month? How can citizens with a handful of negative points, some perhaps incorrect mis-identifications, avoid crossing the dreaded threshold if they don't know how the system is truly ranking various violations?

Kafka's novel The Castle explores "the motif of an oppressive and intangible system" and "the seemingly endless frustrations of man's attempts to stand against the system."

China is creating Kafka's nightmare world as the perfection of centralized control of its citizenry. The question is: will the Chinese people tolerate this as long as the current artificial financialized "prosperity" reigns? What will happen to their perception and tolerance when the debt-fueled "prosperity" blows away like the sands of the Taklimakan Desert?