If you wanted someone to safeguard the best interests of the big banks at your expense, someone guaranteed to repeat the past mistakes of the Fed, you’d be hard-pressed to find someone more likely to do those things than Jerome Powell.

Why? As with so many baffling administration appointees, he has little to no relevant qualifications for the job he has been entrusted with and comes directly from the world whose well being he is not supposed to put before those of the American taxpayer.

Fed Head Jerome Powell is not an economist. He's a politician who made a lot of money at the Carlyle Group. He has an undergraduate degree in politics and went to law school. After working for a while as a lawyer at a big Wall St. firm, Powell migrated to investment banking at Dillon Read. 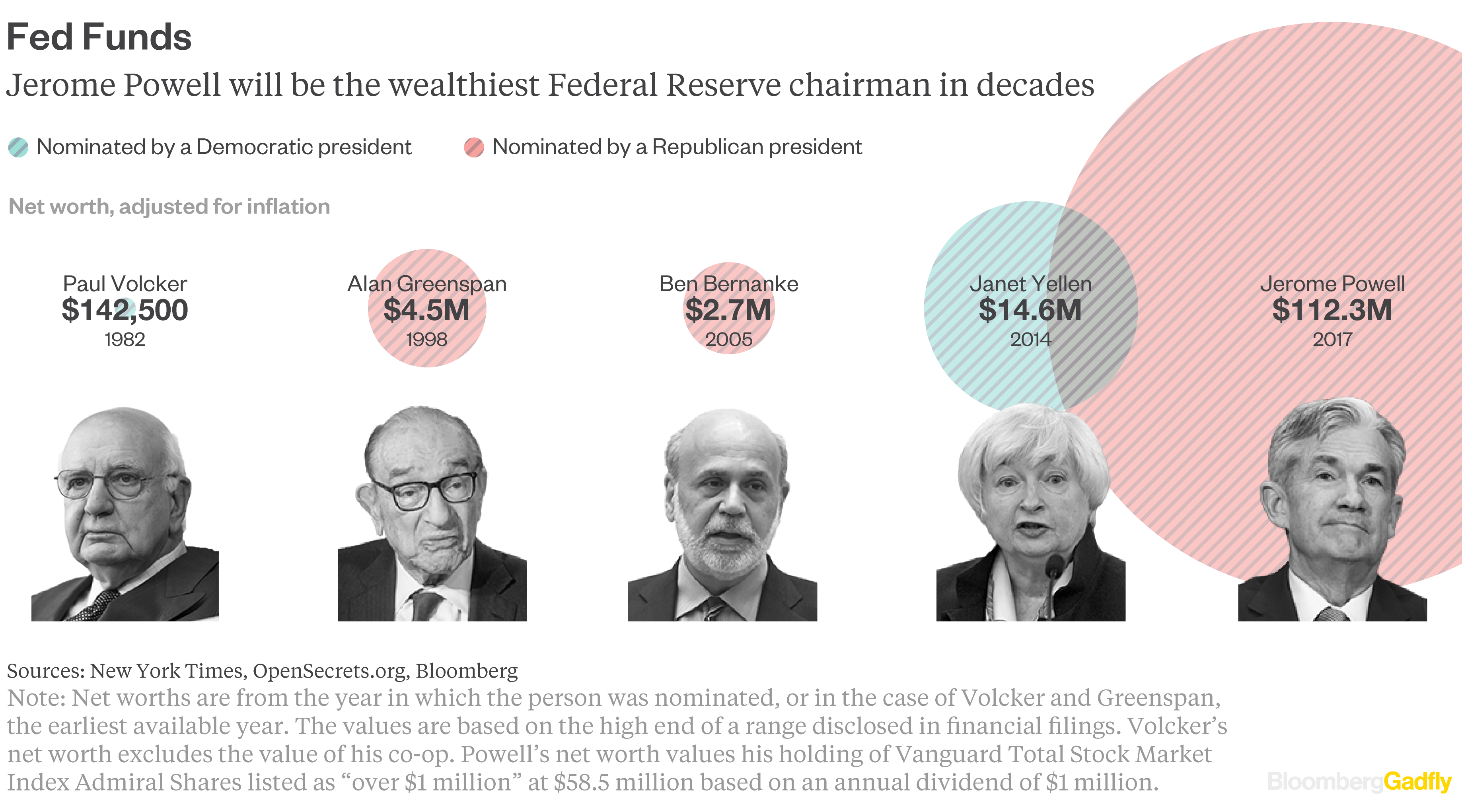 Powell must have built a relationship with Nicholas Brady at Dillon Read, because he jumped from Dillon Read to positions in Brady's Treasury Department under George H. Bush.

From there, he took an ill-fated position at Bankers Trust and was somehow connected to the big derivatives scandal that eventually forced BT into the arms of Deutsche Bank. Information about Powell's role at BT has been cleansed from the internet, but he resigned from BT after Proctor & Gamble filed a lawsuit that exposed a large derivatives scandal.

With government, corporate and household debt at all-time highs, and with delinquency rates and defaults escalating quickly - especially in auto and credit card debt - the only reason the Fed would continue along the path of tightening monetary policy as laid out - but not remotely adhered to - over two years ago, is if for some reason it wanted blow up the financial system.

Au contraire, hiking rates and shrinking the Fed's balance sheet is not in the best interests of the Too-Big-To-Fail banks or the net worth of Jerome Powell.

ORIGINAL SOURCE: Powell Is Not An Economist - And The Fed Is Not Tightening Monetary Policy by Dave Kranzler at Seeking Alpha on 3/1/18

When Inequality is High, Pandemics Can Fuel Social Unrest