So that’s where it came from. In a refreshing bit of fact-based, scientific news, the collision of two neutron stars yielded evidence of what alchemists have striven for on Earth for over a thousand years: The creation of gold.

In August 2017, an explosion was spotted by scientists in a previously obscure galaxy called NGC 4993. The observation of that cataclysmic explosion has helped to explain the origin of gold on Earth.

According to scientists, the burst of gravitational waves with tiny ripples in the fabric of space was an ultra-powerful collision between two neutron stars. Those collisions are in fact the cosmic forge in which gold and other precious metals are made, before being flung out into the universe. 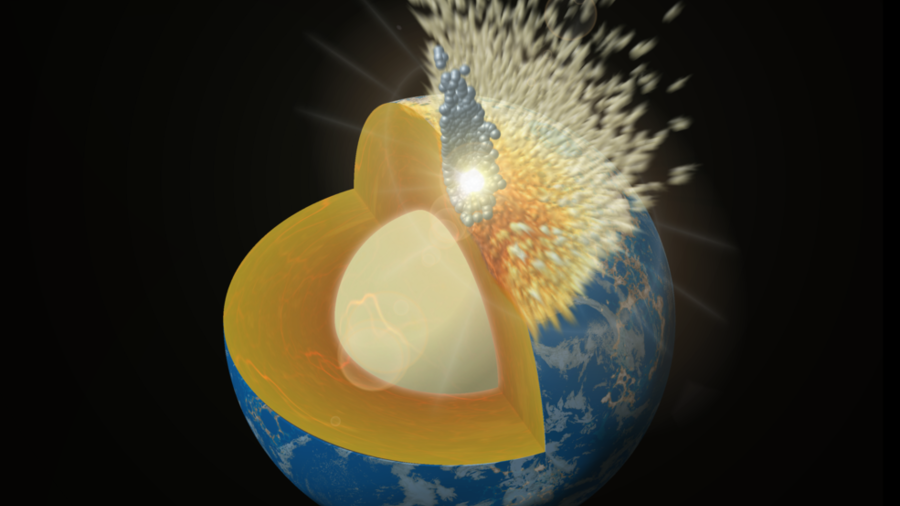 “It was so exciting, the way we got the alert and found the light source corresponding to the gravitational waves,” Kate Maguire of Queen’s University Belfast told the Financial Times. She was one of more than 3,000 researchers around the world who took part in the project.

Maguire said they discovered that the debris from the stellar collision included gold during analysis of the different wavelengths of the explosion’s spectrum. The explosive collision between the neutron stars propelled glowing debris into space at 300 million kph – around one-third of the speed of light.

Researchers claim that, although the extreme velocity smears out the heavy metals, making it hard to identify individual elements, gold is undoubtedly there. “We estimate that the collision created about as much gold as the mass of the earth,” said Professor Andrew Levan of Warwick University, another leading member of the large band of astronomers analyzing the event.

ORIGINAL SOURCE: Origins of gold discovered in space at RT on 3/22/18