Because Now is Not Forever; Deficits Will (Really, Really) Matter

It’s enough to make your head spin. With foreign governments no longer hoovering up US government treasuries with their previous zeal, the responsibility for sopping up all that excess supply has fallen to…the US government. No entity, public or private, small or large, can go on issuing itself credit based on nothing and expect the larger world to honor it forever.

The second largest holder of U.S. Treasuries is the Federal Reserve. Quantitative Easing (QE) was a major part of the Feds economic stimulus and bailout program of the 2008/09 financial crisis and continues to this day.

QE is essentially the act of printing money to purchase debt securities from the market. According to the Federal Reserve Bank of St. Louis, Fed holdings of U.S. Treasury securities rose from $474 billion in March 2009 to a peak of $2.40 trillion in December 2014, an increase of 416%. 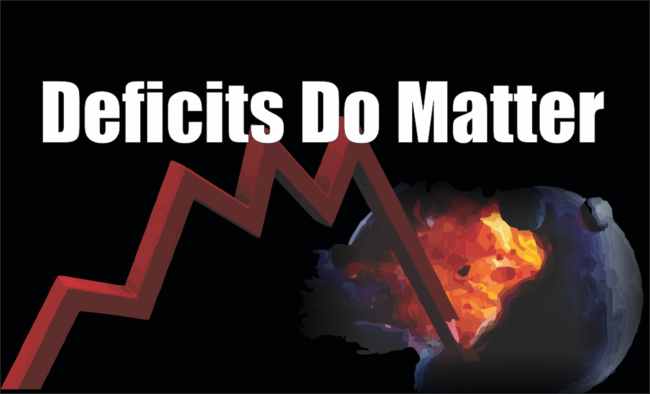 Vice President Dick Cheney was quoted in 2002 as saying “deficits don’t matter.” With the staggering accumulated deficits of the past few years, we are about to test Cheney’s theory.

The powerful economic environment of the 1980’s and 1990’s allowed for the accumulation of federal, corporate and personal debt. In this millennium, the growth of debt accelerated, but the tailwinds supporting economic growth have weakened substantially.

Just because we were easily able to fund deficits of years past does not mean we should be so naïve as to think it will be easy going forward. Investors should prepare for a new paradigm and not get caught flatfooted trusting in outdated narratives.

ORIGINAL SOURCE: Deficits Do Matter by Michael Liebowitz at Real Investment Advice on 2/21/18