In today's version of "The Chart That Sank 1,000 Markets", we look at one of the Philly Fed's lesser-known indices, and how it is flashing red right now. The last four times the CEA Index hit exactly the level it's currently at, 2.5, economic calamity followed.

The Coincident Economic Activity Index is produced monthly by the Philadelphia Fed. On a year-over-year basis, recessions have started when the year-over-year CEI was around 2.5 percent. 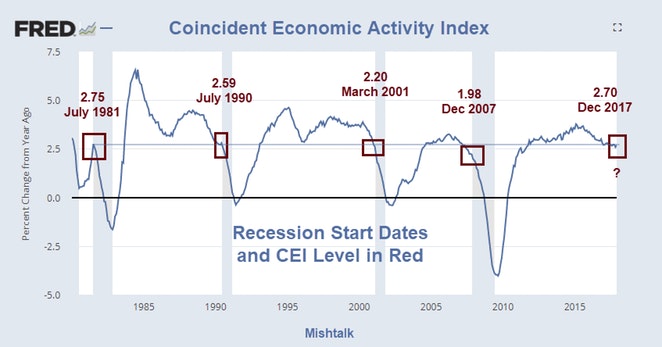