Do US Corporations Know How to Function Without Their Q.E. Fed Nanny?

“Fed Stops Printing Money; Economy Wonders Where Money Is Supposed to Come From.”

It’s no wonder that M2 money supply, the liquidity that makes up checking and savings, money market accounts, and mutual fund holdings, has suddenly fallen of a cliff now that QE endless summer has ended.

It’s a novel idea, 10 years into ZIRP and QE, that a viable economy is supposed to be self-sustaining and that companies unable to succeed of their own merit and accord should go bankrupt.

There has been a lot of talk about trade wars in recent weeks. But the biggest risk to the American stock market remains monetary tightening. The monetary tightening dynamic can be best seen in the ongoing slowdown in the growth rate in the M2 money supply. 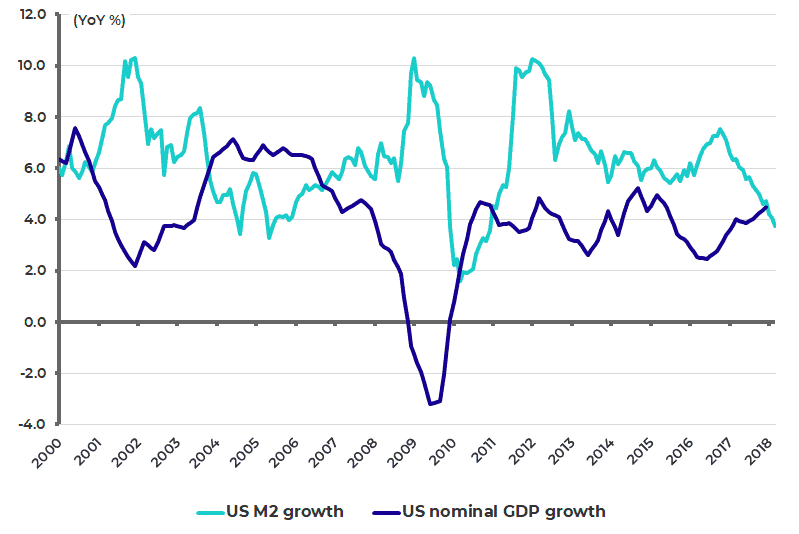 The result, if balance sheet contraction really does proceed in this manner, should be a continuing slowdown in M2 growth. This would result in a deceleration in nominal GDP growth if velocity remains stable.