Even Goldman Is Now Officially Scared of Reckless Government Spending

It’s bad enough that the government’s current tax cut + debt binge is maniacally shortsighted and completely unsustainable. But what if the drastic tax plan can’t even achieve the minor near-term economic boost that is its only true purpose?

Goldman Sachs warned that the economic impetus from tax reform may have diminishing returns after this year. "The fiscal expansion should boost growth by around 0.7pp in 2018 and 0.6pp in 2019, but will likely come to an end after that"—listing a litany of reasons why spending and debt would conspire to undermine the world's largest economy. 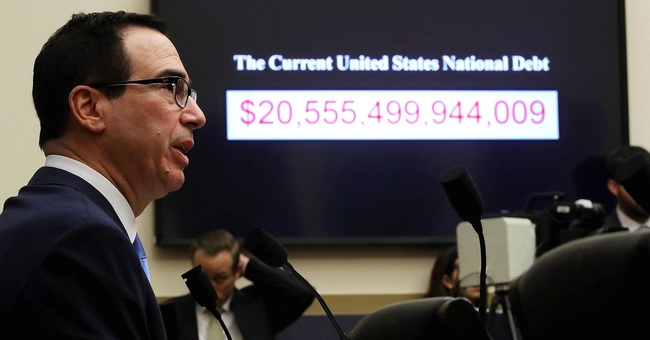 Goldman's analysts wrote that the "growth effect comes from the change in the deficit, not the level, and further expansion would put the U.S. onto an even less sustainable long-term trend. Second, some of the recent deficit expansion relates to changes unlikely to be repeated, such as the temporarily large effect of certain tax provisions."

Uncharted territory. Imagine spending so wildly on credit that you put yourself into uncharted financial territory. You owed more than you ever had and had no sustainable plan with which to pay back your debt. So over the short term, you got a job that paid less, applied for eight new credit cards, and took out a third mortgage out on your house. This is the government’s plan.

The Next Decade Will Likely Foil Most Financial Plans: Lance Roberts
More News