Going off on today's lousy Q4 GDP report at only 2.6 percent, Gluskin Sheff's David Rosenberg after doing some math is now back in the bearish camp once again.

Declining inventories and a wider trade deficit kept the U.S. from hitting the 3% mark for the third quarter in a row for the first time in 13 years. 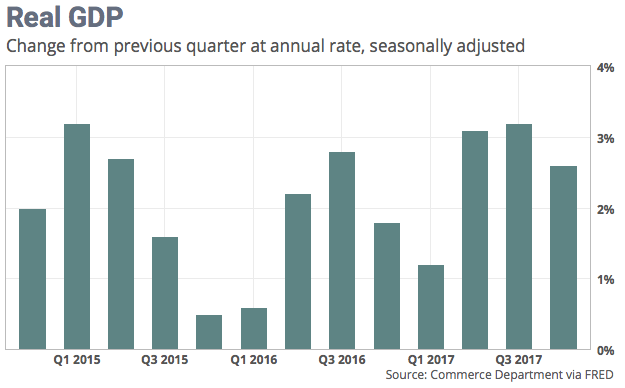 Indeed "Black Monday all over again! Watch Out, Bellow......

ORIGINAL SOURCE: "This Is 1987": Some "Haunting Math" On Today's GDP Number From David Rosenberg by Tyler Durden of zerohedge.com on 1/26/18