Gold and Silver Technical Alert: Something Big Is Coming

One of the most successful trades I ever recommended as an analyst had little to do with me.

Some of you will recall how gold fell off the proverbial cliff in 2013. Our technical analyst at the time warned us of the impending decline, and we ended up shorting gold as a hedge against our long positions.

It worked spectacularly. We repeated it several times, and though the last trade wasn’t successful, a lot of people made some serious dinero at the time.

So whenever I read something from a technical analyst, I invariably end up asking, “Yeah, but what does Dominick think of that?”

Dominick Graziano is a trader extraordinaire. His father was a successful stock broker, and drilled into his son that “price is everything.” He subsequently learned technical analysis, and several decades later has amassed a seven-figure brokerage account.

So when I read an article that claimed the technical setup for the US dollar showed it was “breaking down” (which could be very bullish for gold), I contacted Dominick to see if his research showed the same thing. As you’ll see, he has some interesting data that hints a big move in gold may be on the horizon.

While short-term trends can be useful, Dominick likes to look at the big picture to spot sea changes that might be coming. Which usually means looking at monthly prices.

This chart shows the monthly price behavior of the US dollar. Notice Dominick’s comments inside the chart. 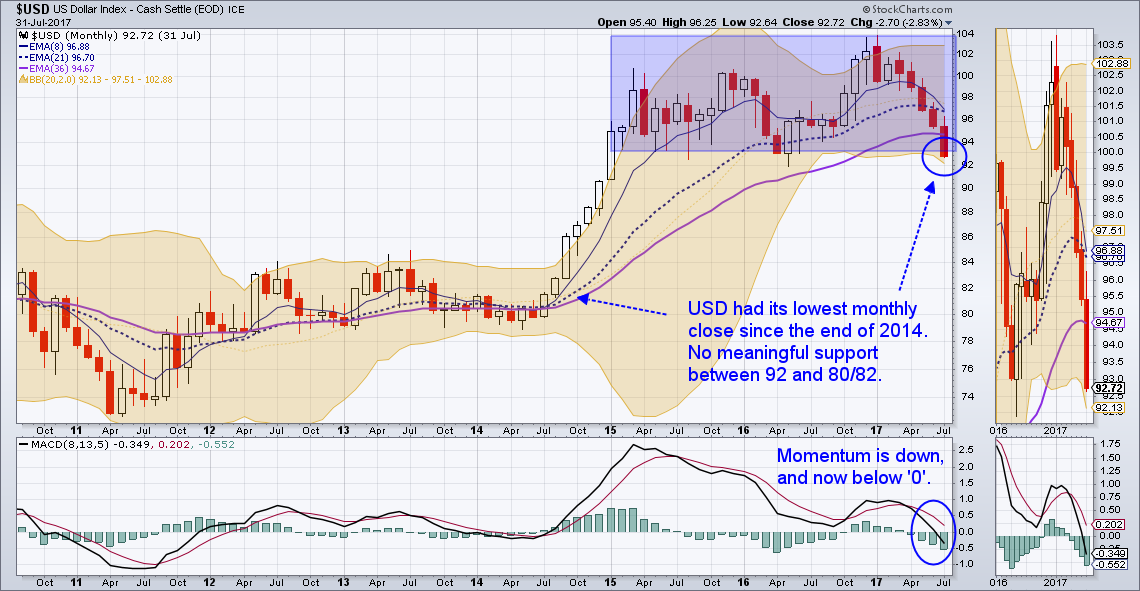 The US dollar has been in a large sideways pattern for over two years. In spite of the recent rebound, however, this analysis shows it is indeed vulnerable to a big fall. The momentum indicator is especially negative.

A breakdown isn’t guaranteed, of course, but the setup clearly shows the risk.

Monthly gold prices paint a somewhat different picture. As you can see in the next chart, both price and momentum have coiled, which suggests a big move is ahead. 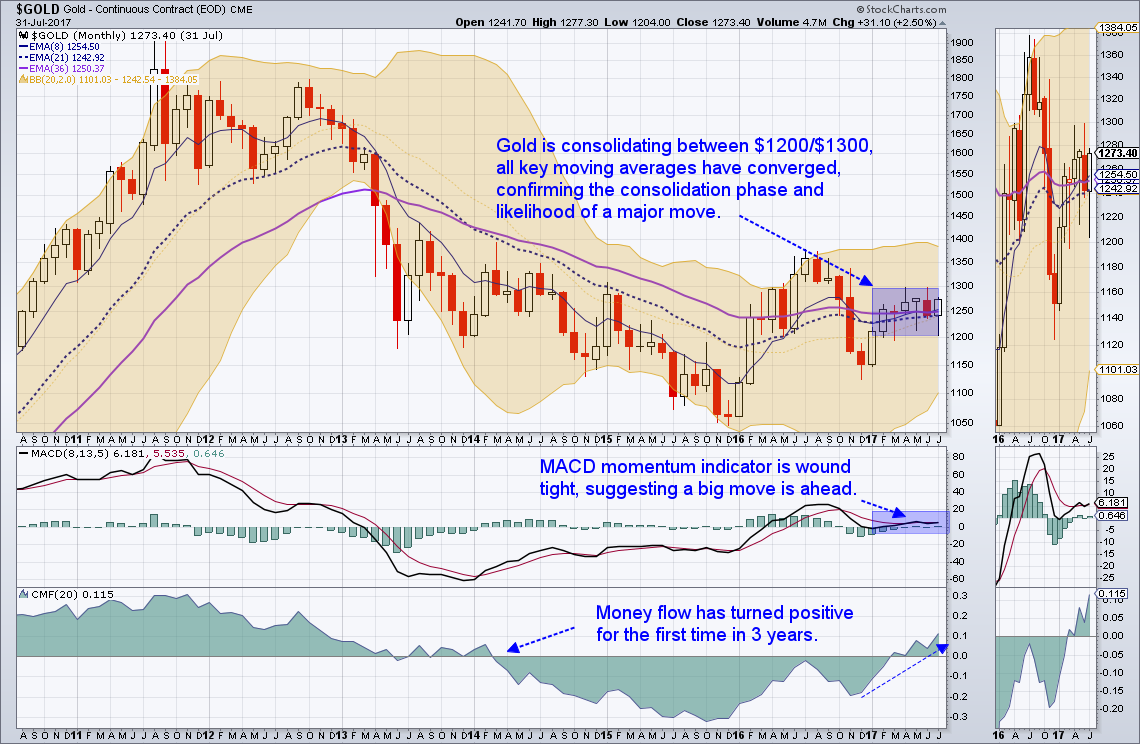 Which way will gold break? We don’t know for sure, but notice Dominick’s comment on money flow (a measure of volume over the past 21 days): it turned positive for the first time in three years. This is a bullish indicator.

A weekly analysis of gold shows a similar setup. 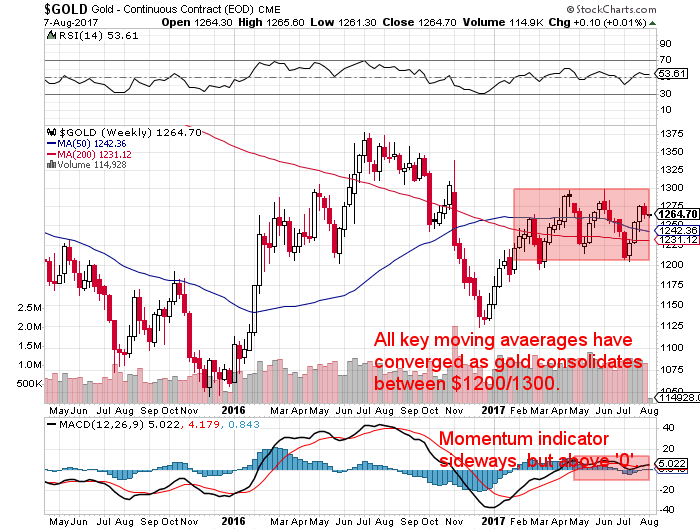 Again, which direction gold will break is not clear, but in this chart you can see the momentum indicator is above zero, a bullish sign.

As with all trading strategies, nothing works every time. Technical analysis is a way to hopefully put the odds in your favor.

With the current setup in gold, Dominick is actually waiting to see which way it breaks before he initiates a trade. While he expects gold to break out and the S&P 500 to break down, he’ll wait to place his bet until the direction is clear. And as the gold chart above hints, the run, up or down, will likely be sizable once it gets started.

Of course, gold is more than just a trade. It’s money. And with the financial and economic conditions we have today, the need to hold “mankind’s money” is as great as ever.

Mike and I and everyone else at GoldSilver continue to buy precious metals regularly. If you want to follow our lead, we suggest some of these, and some of these.