“Brother, Can You Spare a Dime?” was one of the most popular and resonant songs of The Great Depression. Against the backdrop 13,000% inflation, the lyrics would have to be rewritten: “Brother, Can You Spare $13?” Such is the pricing environment the IMF believes Venezuela will find itself in by the end of this year: 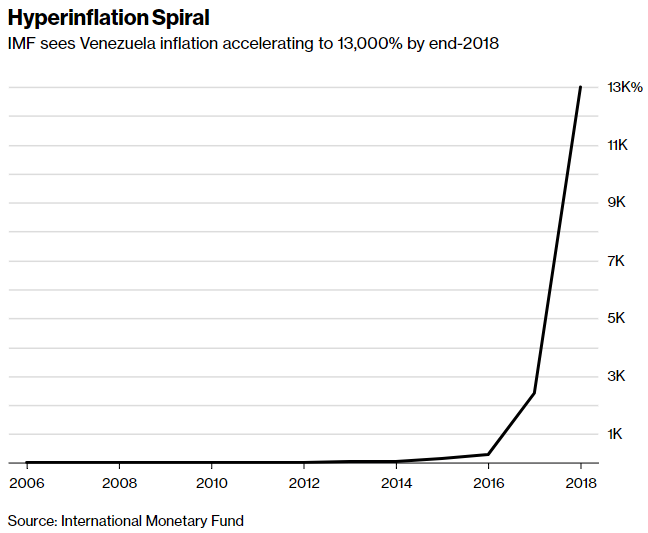 Venezuela has succumbed to hyperinflation combined with a prolonged recession stemming from years of mismanagement as well as faltering oil exports. In an attempt to rein in inflation, the government of President Nicolas Maduro has refused to loosen foreign-exchange controls and price caps that have exacerbated the short supply of all sorts of products, from food to medicine.

ORIGINAL SOURCE: IMF Projects Venezuela Inflation Will Soar to 13,000 Percent in 2018 by David Biller at Bloomberg on 1/25/18