An inverted yield curve is the death of accommodative credit. If you’re a bank and short-term interest rates are higher than long-term interest rates, it simply makes no sense to borrow now to lend out money over the longer term.

Which, as noted below, is pretty much what banking is.

An inverted yield curve has correctly signaled the last nine recessions since World War 2 – except 1 in the 1960’s. That’s 9/10 times in 60 years. And right now, the yield curve is getting close to inverting again. 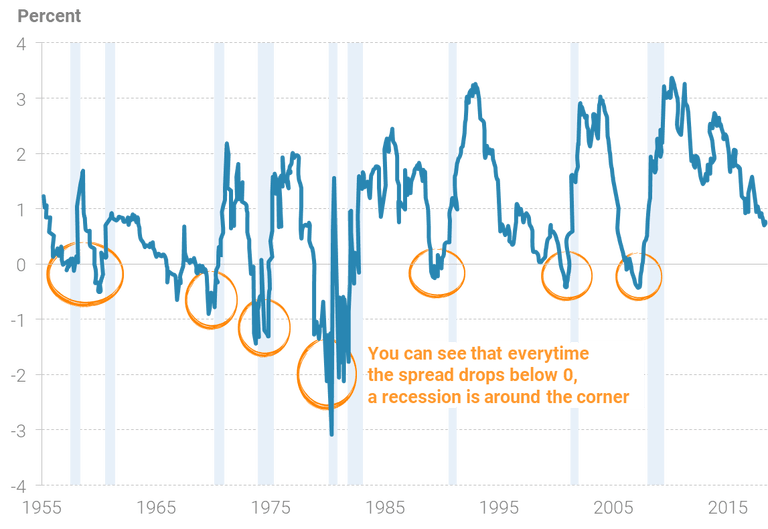 So why do Inverting Yields precede a recession?

First: A flatter and inverted yield curve make it less profitable for banks to borrow short term and lend out long term – the entire business model of banking. This lessens the supply of loans available and tightens credit markets.

Second: When investors think a recession is likely to happen, they buy longer term bonds. That’s because in a recession there is low growth and deflation, so they try to lock in yields before they drop lower.

ORIGINAL SOURCE: This Time-Tested Yield Curve Indicator Is Setting Off the Recession Alarm by Adem Tumerkan at Palisade Research on 3/13/18