What a strange consensus national mentality we’ve reached about governmental debt. The entire government can shut down because it is so reliant upon issuing new debt, and hardly anyone even notices.

And while the ratings agencies have been little more than lapdogs to the banks and the Fed (remember that almost all garbage subprime mortgages were rated as essentially bulletproof-safe until the bitter end) for a long time, Moody’s pokes its head out and mentions that if the US continues along this course of madness, the eventual fallout will reach far and wide. 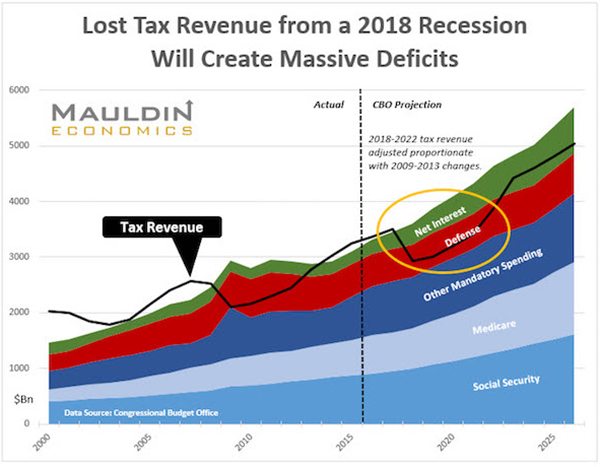 US financial institutions would suffer a heavy impact as many of these institutions hold Treasuries as collateral. Life insurers would be some of the most heavily impacted. According to credit ratings agency Moody's, if the US were to be downgraded, "It is unlikely that any property/casualty insurer would remain rated more than two notches above the sovereign, or any life insurer would remain rated more than one notch above the sovereign due to substantial investment exposure to the sovereign (including sovereign-linked/sensitive instruments), or shared fundamental economic drivers."

ORIGINAL SOURCE: Moody’s Warns Of US Debt Default Shock by Rupert Hargreaves at ValueWalk on 2/8/18