Persistent Euphoric Delusion: The Final Stage of All Bull Markets

Valuations are sky high. Stocks rocket north on the “solving” of fake problems Trump creates one moment (Amazon stock plunges after Trump's tweets) that are then gone the next when it turns out he is just lying as usual (Stocks Soar After Bloomberg Report Unleashes Amazon Buying Panic).

Shouting “I’m going to set this house on fire!” and then not setting that house on fire is not a net positive event, but it’s treated as one by this stock market at this time…a market so drunk on its own exhausted-toddler exuberance that it’s difficult to quantify just how ugly the meltdown is going to be.

The reason that bull markets die of euphoria is that market prices, particularly in the “momentum” stage of the investing cycle, are based on the assumption the current cycle will continue into perpetuity. Earnings, the economy, sales, etc. will continue to expand in a linear fashion…forever.

Since the economy, as well as virtually everything in life, is cyclical, it is only logical that eventually the disappointment of those assumptions sparks the beginning of the next bear market cycle. 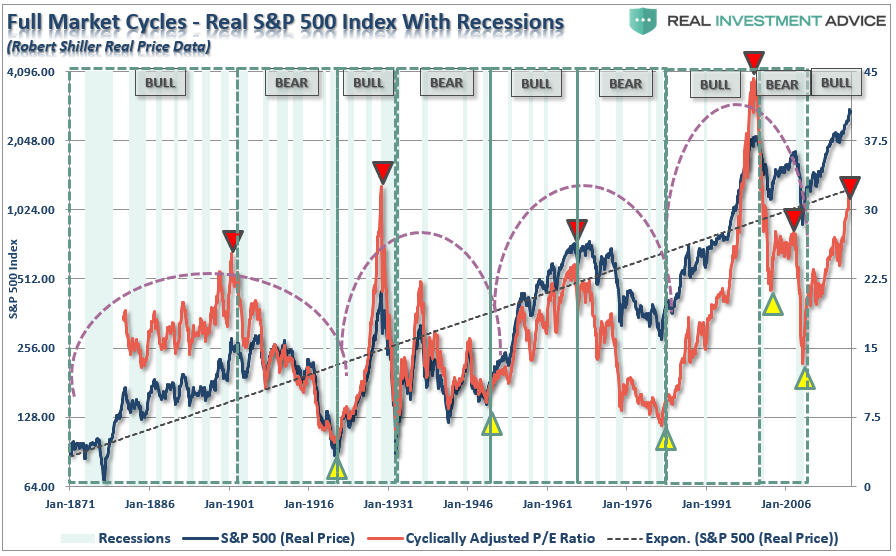 Currently, the list of things that could disappoint the markets continues to grow:

What about today? Is this another period of “euphoria” or are investors still maintaining enough “skepticism” to fuel the bull market further? Unfortunately, there is little evidence investors are “skeptical” of much of anything right now.