Somehow, Public Pensions Are No Better Off Than Before the 3x S&P Run

Taken individually, there are so many federal, state, and municipal debt crises that if there existed against a backdrop of solvency, of sane economic times, they’d be viewed as what they are: The inevitable results of deeply broken systems. Monumental mistakes from which we should learn and ensure we don’t repeat.

But we are not in sane economic times. People have read that there are deep and fundamental problems with pension funds for years now, yet the checks keep showing up. Austrian economists and their brethren have been inveighing against the federal debt since there was a federal debt. And to the layman, nothing has changed.

It will all hold together until it doesn’t. Nobody knows when that inflection point will arrive. But if you are possessed of common sense and an elementary school mathematics education, you know that it will. 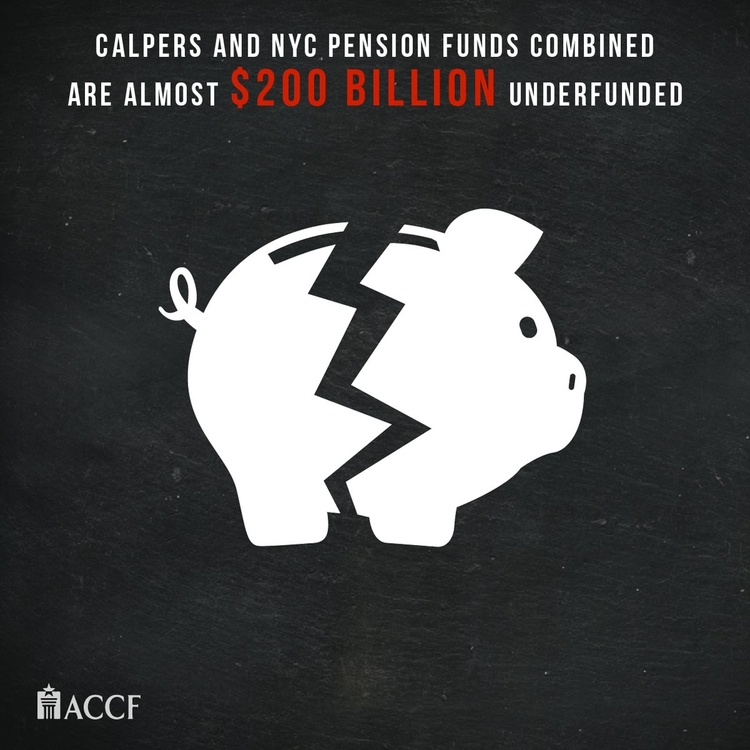 Ten years on from the financial crisis, many U.S. state and local public pension systems are still the worse for wear.

Investment returns have been uneven and funding levels have yet to recover. Many pension funds have meanwhile attempted to boost returns by loading up on alternative investments to levels unheard of a decade earlier.

“Some just cannot grow their way out of it. We have had several years of stellar (stock market) returns and it barely improved the underfunding situation,” said Mikhail Foux, municipal credit analyst at Barclays in New York.

The benchmark S&P 500 U.S. stock index has tripled in the past nine years, driven in part by unprecedented zero interest rate policies and massive monetary stimulus from central banks around the globe aimed at combating the deepest recession in a generation.

But pension returns struggled to match the broad market, and recent wobbles in U.S. equities have fed fears of another downturn.

“Now what happens when markets are falling 10 to 15 percent?” Foux asked.

ORIGINAL SOURCE: Battered by Great Recession, underfunded public pensions to persist by Karen Pierog and Daniel Bases at Retuers on 3/26/18