Summers: To Head Off a Recession Now, Fed Would Have to Cut to -3.5%

The Fed is stuck. Having luxuriated in near-zero interest rates for years and shown no appetite for raising rates aggressively even while the economy expanded rapidly as a direct result of their artificial stimulus, there are very few tools at its disposal as the next recession looms.

If, as Larry Sumers posits, you need to cut interest rates by 500 basis points to staunch a recession, how do you do that when to do so, as of now, would mean a Fed rate of -3.5%? 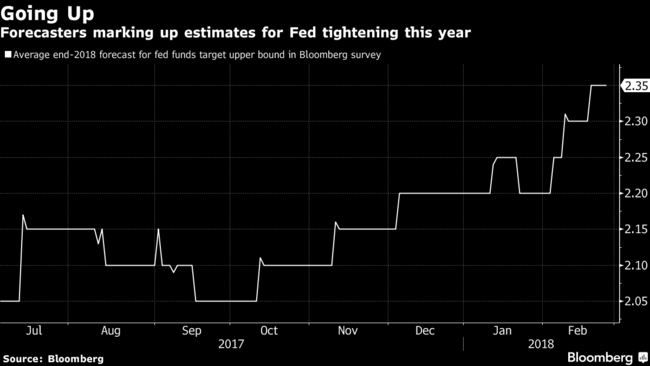 The next U.S. recession could drag on longer than the last one that stretched 18 months. That’s the assessment of former Treasury Secretary Larry Summers.

With the economy in its ninth year of expansion, even if one were to take a hawkish view of upcoming Federal Reserve tightening, it would be some time before the level of interest rates gets high enough to allow them to again be reduced by the 500 basis points typical for a U.S. recession, Summers said at a conference in Abu Dhabi.

“That suggests that in the next few years a recession will come and we will in a sense have already shot the monetary and fiscal policy cannons, and that suggests the next recession might be more protracted,” he said during a panel with Bloomberg Television’s Erik Schatzker on Wednesday.

ORIGINAL SOURCE: Summers Warns Next U.S. Recession Could Outlast Previous One by Catherine Bosley at Bloomberg on 2/28/18