Systemic Risk Where You Least Expect It: What if Libor Disappeared?

Ah, Libor. When you’re not being manipulated by global banks to steal from investors, you’re in danger of not existing at all.

Of all the systemic risks the murky world of derivatives pose, something as banal as the very existence of a published, getting-more-archaic-by-the-day rate is not one you’d think to count. Yet there it is. And, of course, there is more of this regulation-skirting gambling than previously thought. 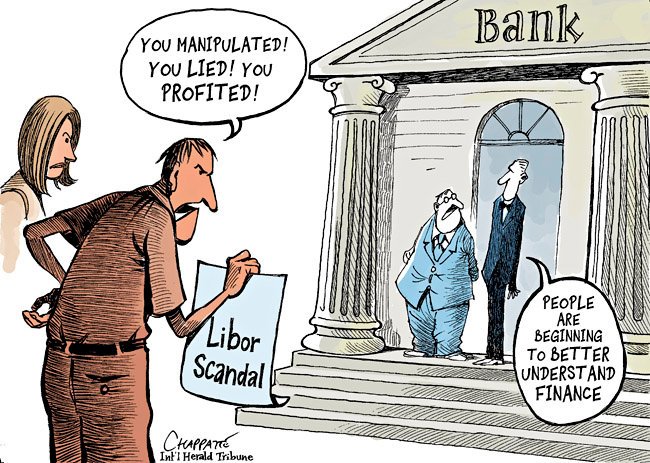 The Alternative Reference Rates Committee (ARRC) said that around $200 trillion in U.S. dollar-based derivatives and loans are based on Libor, with derivatives accounting for around 95 percent of the exposures.

That is 25 percent higher than previous estimates. “The vast scale and broad scope of this activity underscores the necessity of promoting robust alternatives to Libor,” the ARRC said in a report.

If the rate stops being published “that has all the potential of being a pretty significant financial stability problem,” Powell said last Tuesday.

Reforms to banking and money market fund regulations, along with allegations of Libor manipulation before and during the 2007-2009 financial crisis, has resulted in fewer interbank short-term loans and reduced funds’ demand for bank debt, so Libor rates are sometimes estimated rather than based on actual transactions.