The Great Rate Chase: Rushing to the Implosion

At its core, as Warren Buffett is wont to note, investing in debt is a vehicle that allows one to forgo current consumption in anticipation of a lot more consumption down the road. With the organic driver of that future consumption, our population growth, stalling out, the speed with which debt is outstripping GNP is especially alarming.

How inflated with debt have we become? How long can we float on our own bloat?

Reasonably trim in 1970, the sum of all debt publicly financed by the US government was $275 billion. Last week, the government sought to raise $258 billion in just one week! The weekly financing to keep the government afloat is now about equal to all the debt it amassed over the course of its first 188 years. 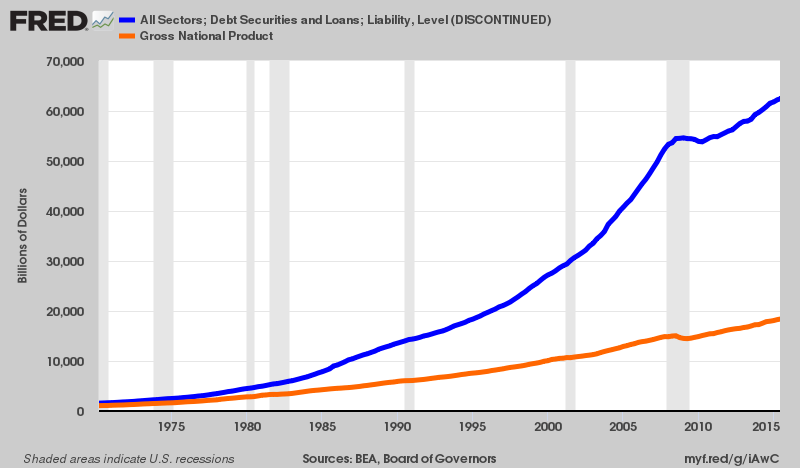 Debt reaches its implosion point when yields can no longer rise fast enough to entice investors because every rise in interest makes investors fear the debt is even more likely to default.

It is a catch-22 situation where the faster rates rise, the more investors grow concerned that the mountain of debt is becoming unstable. Thus, the rising rates create their own demand for even higher rates with fewer buyers. Kaboom!

ORIGINAL SOURCE: All Fed up on Peak Debt by Wolf Richter at The Great Recession on 3/6/18