The Inverted Yield Curve Approaches, With Recession Sure to Follow

When the spread between the 2 and the 10-year treasury moves to 2% or higher, it then craters, inverts, and we get a recession. Every single time since 1970, six times in a row.

Additional editorial is not required to decipher where this chart is headed (gray bars indicate recessions): 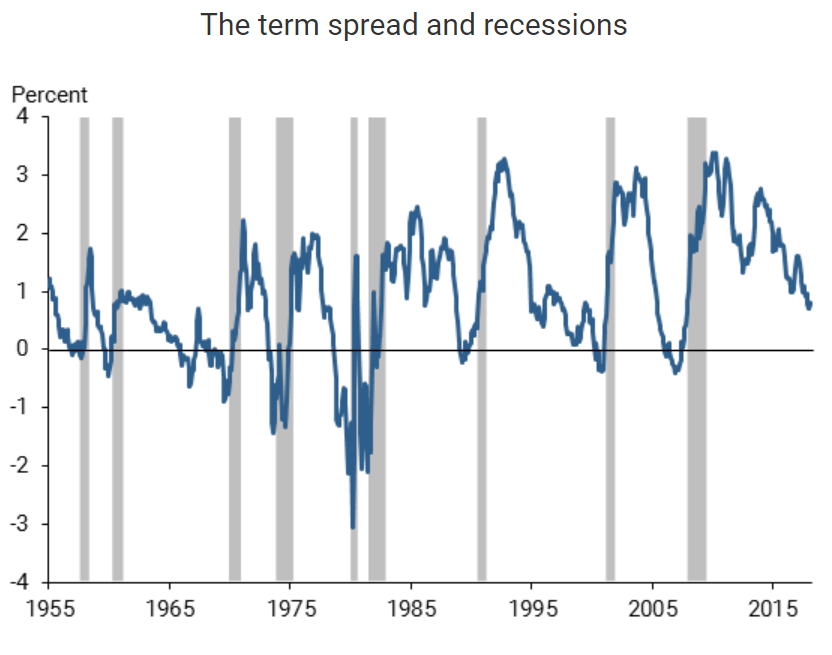 Combined political and monetary-policy risks have created big moves in market volatility so far in 2018. The VIX has experienced seven sessions of one-day moves of 20% which already rivals the full calendar year of 2014. Don’t rule out the Facebook debacle’s contribution to volatility; the stock is one of the pillars of this late-cycle bull market. The tech sector is 25% of the S&P 500 and a formidable contributor to market momentum and animal spirits.

Similar to Yellen’s optimistic stance back in December 2015 about the U.S. economic growth trajectory (which ostensibly proved false), Powell is convinced the U.S. economy is poised to require and handily absorb a faster pace of interest rate normalization.

First quarter estimates of real GDP have fallen sharply; in synch with economic reality. The reality where prolific indebtedness burdens governments, corporations, consumers and acts as a formidable headwind to economic momentum.

My impression is that Powell is expecting ‘escape velocity’ or acceleration in growth, productivity and wages, much like Yellen did. Odds are he’s going to be disappointed and need to ratchet down lofty rate hike expectations. Tremendous hope exists that the U.S. economy is going to take off. Not a strong possibility, at least in the near term when only the top 20% of the economy enjoys wage growth and corporations deem shareholders the big winners of tax reform.

ORIGINAL SOURCE: Inverted Yield Curve – Will This Time Be Different? by Richard Rosso at Real Investment Advice on 3/28/18