The ‘Something’s Gotta Give’ Department: 65% of Americans Don’t Save

Social Security is a drastically underfunded boondoggle that faces massive downsizing, at best, over coming years. Most Americans are saving almost nothing (or absolutely nothing) toward their retirements. What could go wrong?

Despite a low unemployment rate and increasing wage growth, Americans still aren't saving much. That's according to a new survey from Bankrate.com, which found that 20 percent of Americans don't save any of their annual income at all and even those who do save aren't putting away a lot. 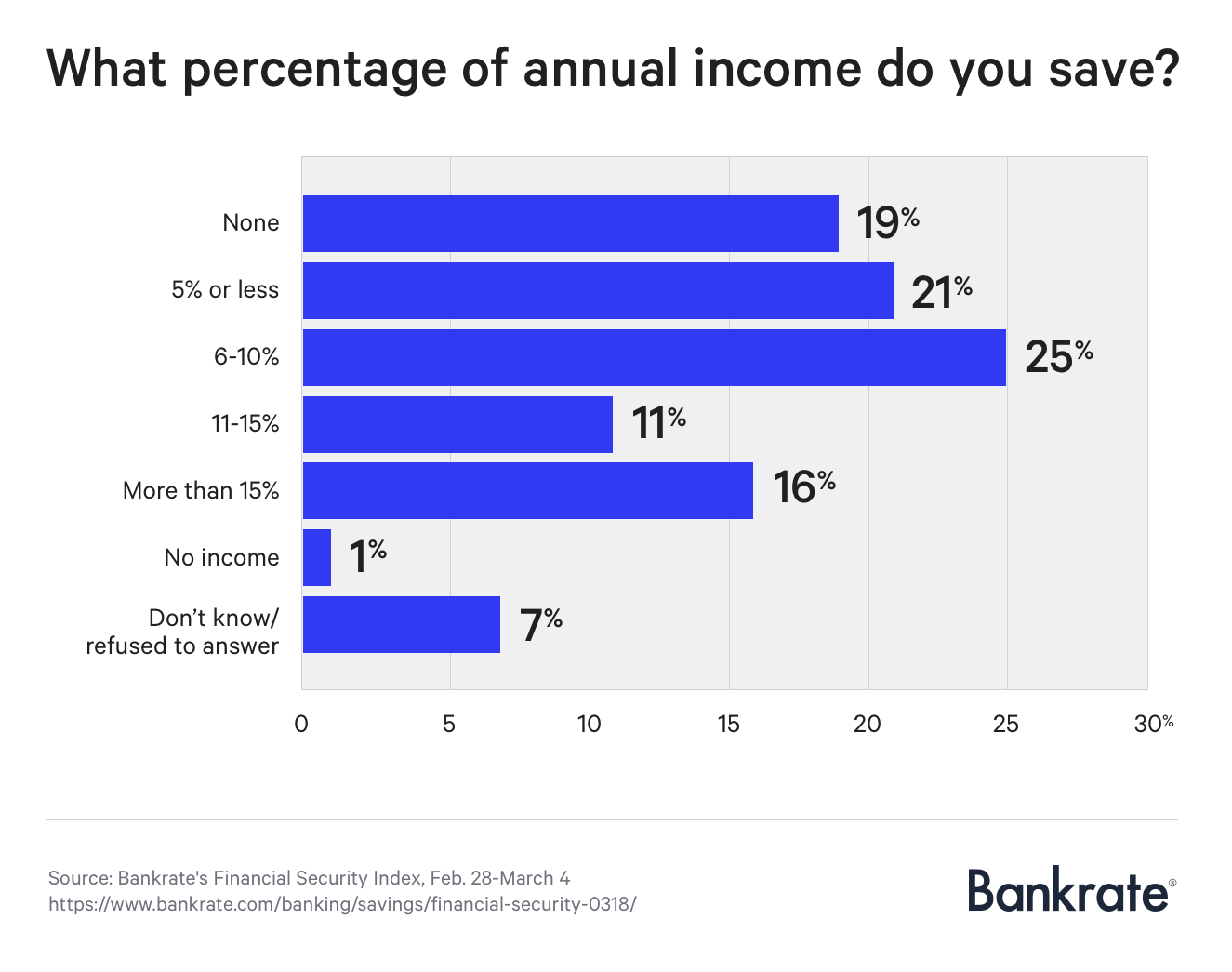 Only 16 percent of survey respondents say that they save more than 15 percent of what they make, which is what experts generally recommend. A quarter of respondents report saving between 6 and 10 percent of their income and 21 percent say they sock away 5 percent or less.

Bankrate estimates that half of the American population won't be able to maintain their standard of living once they stop working. A report from GoBankingRates found similar results: Over 40 percent of Americans have less than $10,000 saved for when they retire.

ORIGINAL SOURCE: 65% of Americans save little or nothing—and half could end up struggling in retirement by Emmie Martin at CNBC on 3/15/18