The Fed’s stock market buying, consistently kicking in whenever the market has fallen at all precipitously, has performed exactly like the climb of a roller coaster. Steadily, grindingly; everything just keeps going up in an eerily smooth manner.

Eventually, when artificial stimulus, outside forces, are removed, reality kicks in. The immutable laws of the real world come into play. Gravity takes over. And down you go. Fast.

The S&P 500 is internally broken. You don’t see it in price yet, but you can see it in the internals.

The correction and subsequent bounces have deepened these concerns. Why? Because despite rallies that, for now, have saved the trend in price they have utterly failed to repair the damage in internals and I can show you this with one key chart: The cumulative advance/decline mix versus the $SPX.

See for yourself, the price advance early in the week rejected precisely at the underbelly of the broken trend line: 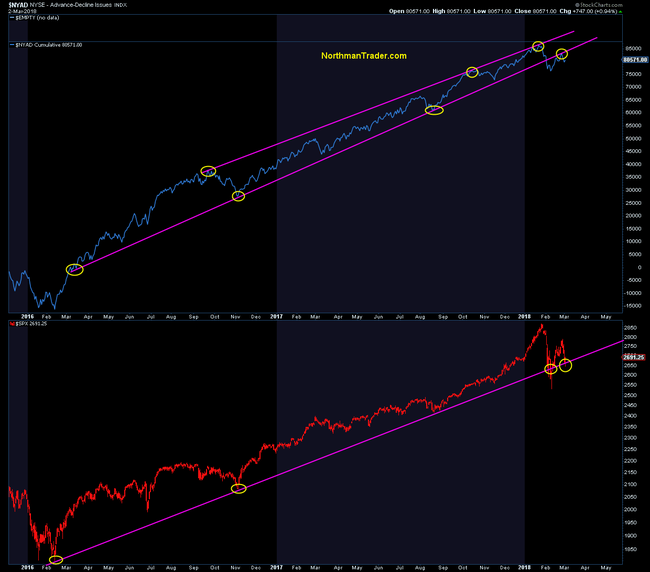 While $SPX barley saved its 2016 trend line into the close on Friday we can observe that the cumulative $NYAD trend remains technically busted. Until this trend is repaired all rallies are to be regarded with technical suspicion. If the trend can’t be repaired the signal is structurally bearish for the S&P 500.