When the average investor thinks about gold, they may view it as an inflation hedge. Or maybe as crisis insurance. Or perhaps they view it solely as a portfolio diversifier.

But what if you added up all the reasons to own gold and silver today—and realized they were all about to hit at the same time?

That’s Mike Maloney’s reason #2 he owns gold and silver: it’s all happening at once, and this time it’s global:

It’s a perfect storm of worldwide trends that are about to explode simultaneously—and push gold and silver into hyper-bubbles.

#1: All fiat currencies eventually go to zero—and all currencies today are fiat.

Since the year 1500, a whopping 617 fiat currencies have become worthless. About a quarter of those was due to hyperinflation.

The message from history is very clear: No fiat currency has lasted forever. Eventually, they all fail. And today they’re all made of paper, backed by nothing.

#2. Debt, deficit spending, derivatives, and trade imbalances are at levels unprecedented in all of history.

As bad as worldwide debt levels are, total derivatives exceed $1.4 quadrillion. This precarious bubble threatens threaten to take down the world economy. This factor alone could wipe out your wealth overnight. Gold and silver, on the other hand, will prosper in that scenario.

#3: The world has formed a new monetary system every 30-40 years—and the US is overdue.

The average lifespan of all fiat currencies since 1500 is 40 years. The US dollar has been “fiat” since 1971 (when Nixon ended gold convertibility), currently 46 years.

And since all currencies are fiat, the global financial system is more vulnerable than it has ever been. The global reset will affect the entire world—all 180 currencies in use today—because the US dollar represents over half of all currency in circulation. With this kind of dominance, faith in all fiat currencies could fail once the dollar falls.

#4: In the next crisis, central banks are guaranteed to print money.

Government officials throughout most of the world will push the purchasing power of gold and silver exponentially higher by flooding the world with currency, in an attempt to stem the crisis. It won’t work and could easily tip us into hyperinflation.

Regardless of the culture or time period, currency dilution has repeatedly resulted in much higher gold and silver prices.

Gold and silver are the only truly undervalued asset class left today, and will soar when other major investments crash.

#6: Fear will push the masses into gold.

Greed can drive an investment to bubbly highs. But fear will drive the next bubble in gold, because not only will asset bubbles pop with terrorizing speed, they will quickly and mercilessly wipe out most investor wealth.

The psychology of the investment community—fear—will push gold and silver into the next great bubble.

#7: There will be more investors and more currency buying gold than in the last great bubble.

Gold’s biggest bull market in history saw the price rise 2,328%, and silver 3,105%. But at that time only two countries essentially participated. There was far fewer investors and much less currency chasing after them.

Today it’s just the opposite, with Mike estimating there will be as much as 100,000 times more currency crowding into the gold market.

#8: Gold is an extremely tiny market.

On a per person basis, there is approximately $40,000 of liquid financial investments today, but just $200 of investment grade gold.

If 10% of those assets were to buy gold, the price would rise 10-fold!

• Because all these things will happen at once, this will be the greatest wealth transfer in history. 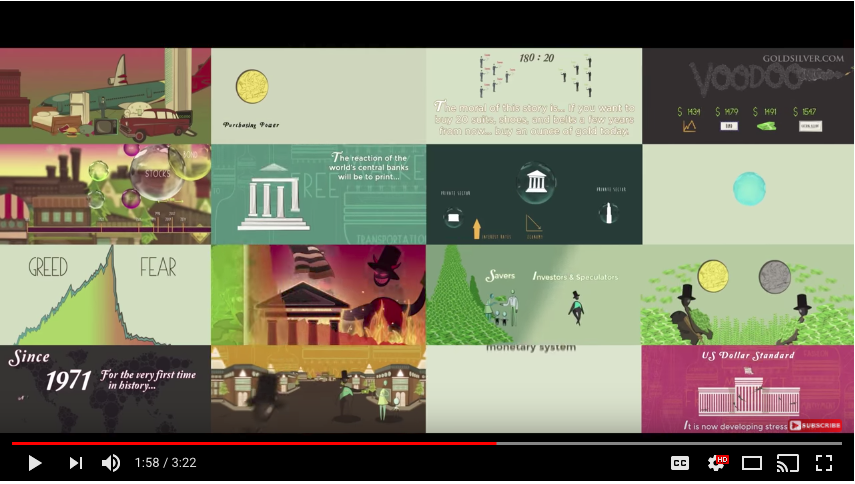 Fear is what drives people in a crisis—and the next crisis will be one of the nastiest ever.

What does Mike buy? He buys mostly silver since it is undervalued compared to gold.

Watch Mike’s new video to see why this could be the biggest wealth transfer in history for gold and silver owners.