Tudor Jones: Inflation ‘With a Vengeance’ Near; Gold Set to Outperform

On the heels of single largest Dow point drop in stock market history, an investment in something that went up over 300% of the amount the Dow dropped in 2008 looks especially shrewd.

During the last market crash in 2008, gold took a temporary setback before rising 4x the amount the stock market fell, repeating a historical pattern of outperforming in down markets as Jeff Clark shows here.

There is no such thing as a fiscal stimulus free lunch. You can’t print currency without inflation. It’s not possible. And to have kept near-zero interest rates for this long; massive eventual inflation has been a “when,” not an “if,” for a long time now.

The hedge fund manager said policy has focused on a “low inflation problem” and years of rates near zero amid economic expansion will have “painful” consequences. Policy makers should have been more aggressive in tightening policy and “rejecting the fiscal impropriety associated with this most recent tax cut,” he said. 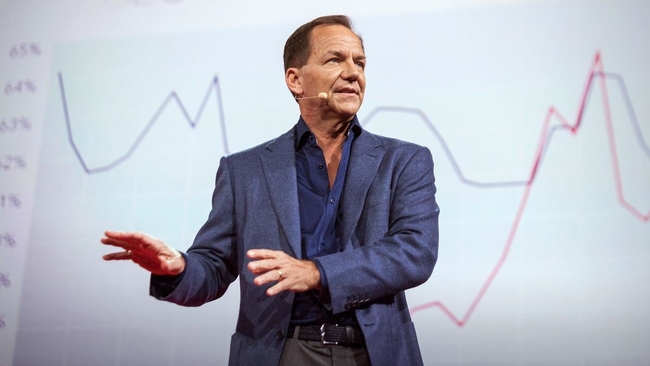 “We are replaying an age-old storyline of financial bubbles that has been played many times before,” Jones, founder of Tudor Investment Corp., wrote in a Feb. 2 letter to clients seen by Bloomberg. “This market’s current temperament feels so much like either Japan in 1989 or the U.S. in 1999. And the events that have transpired so far this January make me feel more convinced than ever of this repeating history.”

ORIGINAL SOURCE: Inflation Is About to Appear ‘With a Vengeance,’ Paul Tudor Jones Says by Saijel Kishan at Bloomberg on 2/5/18