In the midst of the usual rah-rah surrounding the artificial “growth” engineered by the central banks’ unprecedented, decade-long, free-money, free-debt campaign, the first signs of the coming reality of true end of QE are seeping into the global bond market.

What will happen to yields when the interminable, endless bids of the central banks are removed in earnest?

Now underway—far more important than the rather pedestrian move higher in global GDP--is the globally synchronized bond collapse, which the Main Stream Financial Media is dismissing with alacrity. Yields are on the move higher around the world and the rate of change is now escalating. 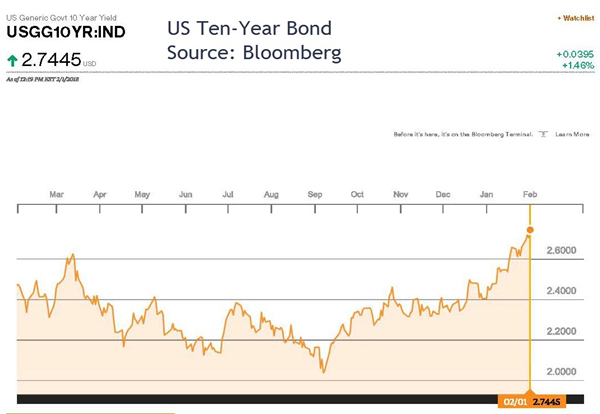 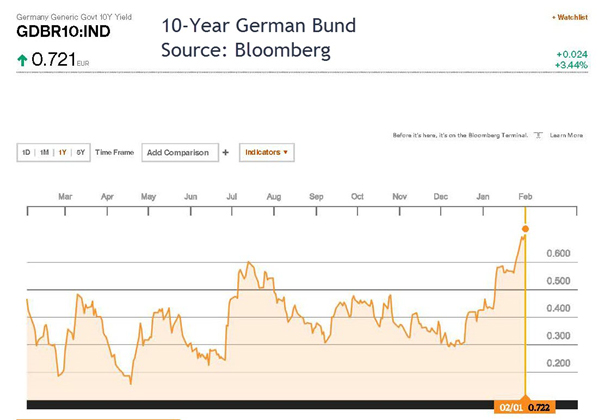 And as risk premiums become paper thin, the stock market will fall precipitously; just as junk bond yields begin to soar. This will slam the borrowing door shut on high-yield issuances and send these debt-dependent companies into a tailspin

Interest rates are about to become unglued in a big way as this bond bubble explodes. Especially now that the Fed will be selling $600 billion of its balance sheet an annual rate come this fall; just as deficits climb to north of $1 trillion and the total U.S. debt has risen to 350% of GDP.

Hence, the next recession is rapidly approaching. And one can see it clearly when viewing in plain sight the beginning of a bear market in bonds and its pernicious effect on insolvent companies and countries alike. Michael Pento is a major gold proponent.