Bullish views on gold are starting to hit the mainstream investment radar.

In its outlook for 2018, Thomson Reuters GFMS analysts see gold prices rising to $1,500 an ounce sometime this year on inflation fears. This would put gold at a level unseen since April 2013.

And part of the reason for that is gold’s uncanny historical to outperform inflation. If you’re staring down a coming period of rising rates, you want to be in gold.

The chart below, courtesy of the World Gold Council (WGC), shows that annual gold returns were around 15 percent on average in years when inflation was 3 percent or higher year-over-year, between 1970 and 2017. 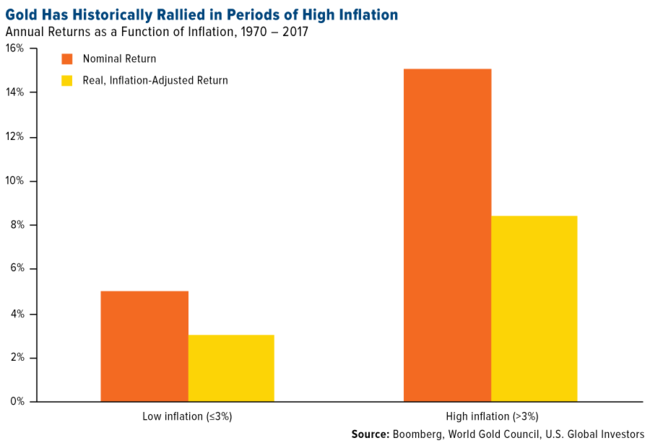 Tack on the Trump administration’s desire for a weaker dollar, another big positive in driving demand for gold, and it’s no wonder the wider investment world is starting to get vocally bullish on gold. 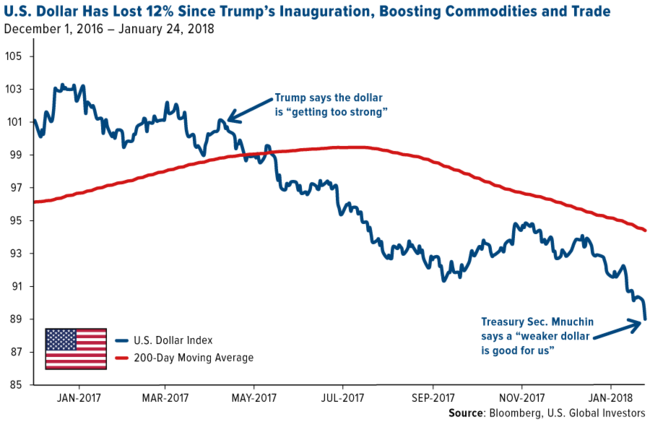 ORIGINAL SOURCE: Worried About Inflation? Gold Might Be The Solution by Frank Holmes at Seeking Alpha on 2/2/18