The efforts to keep a waning empire at the forefront of the world stage usually involve military overexpansion and fiat currency dilution.

As Trump surrounds himself with decided war hawks (e.g. Navarro, author of “Death by China”) and appoints the absurdly, pointlessly, embarrassing hostile John Bolton as Security Adviser, one is left to hope that in his two-dimensional worldview, an actual physical war with China is beyond the pale even for him.

United States President Donald Trump’s declaration of tariff warfare against China has little to do with trade. It is about raw power, a struggle over which of the two sparring hegemons will dominate technology and run the world in the 21st century.

The pretense of cordial coexistence has all but ended in the Hobbesian era of Trumpism. The latest US national security strategy report, for the first time, names China as a strategic rival that seeks to “challenge American power, influence and interests, attempting to erode American security and prosperity”. It is the poisonous-diplomatic context that makes this week’s trade skirmish so dangerous. 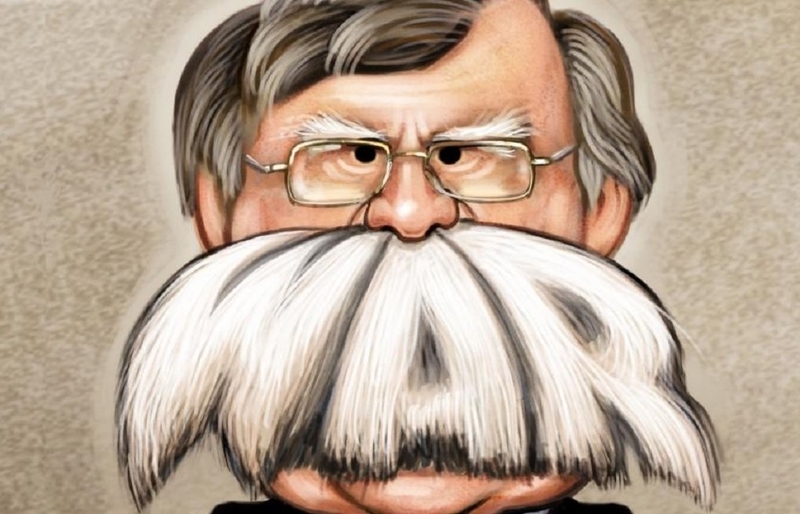 The Trump administration has justified its trade assault by dusting down Cold War laws and invoking US national security, accusing China of systematic economic theft. It specifically targeted the 10 sectors named in the Communist Party’s “Made in China 2025” report, Beijing’s blueprint for industrial domination under a command economy.

Trump swings from cynicism to credulity. He thinks in childlike terms, convinced that China’s $375 billion surplus with the US renders the Chinese more vulnerable. Yet, the trade balance is almost meaningless.

Apple generated $48 billion in revenues from China in 2016. This was nearly all from iPhones. Yet, data show almost zero imports of mobile phones that year. “From an international trade perspective, iPhones sold by Apple’s Chinese subsidiaries are not counted as imports. But from an economic and financial perspective, the iPhone is a US product, and the US benefits the most from it,” said Deutsche Bank.

But that is not what this dispute is really about. The message that emanates from Bolton and Navarro is that China is an elemental threat to US strategic interests and must be checked before it is too late.