With Russia Already Onboard, Saudi Arabia Key to Petro-Yuan Success

One of the many reasons the US will likely continue to handle Saudi Arabia with kid gloves is that it may well be the linchpin that determines the long-term success of the petro-yuan.

Along with well-established US adversaries Iran and Venezuela, Russia is highly incented to participate in the new Shanghai exchange, as killing the petrodollar would a first, major step toward the dollar’s dominance as the world’s trade currency of choice. If Saudi Arabia joined on, this five-nation bloc would represent sufficient sustainable volume to choke out the petrodollar for good. 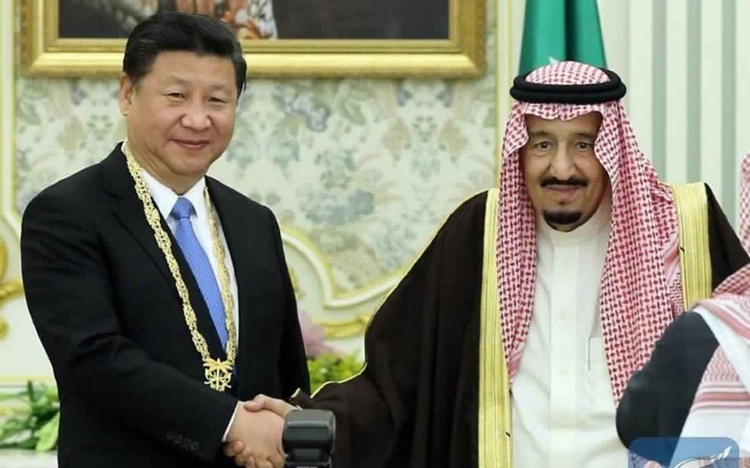 Aleksandr Egorov, foreign exchange strategist at TeleTrade, said “Along with the Chinese role in the global economy and the growing interest in the renminbi, China is also protected by a nuclear shield. It can afford to try to shatter the monopoly in oil trade. This will give even more weight to the Chinese yuan. In addition, China's economy is the world's largest consumer of oil, and consequently, all world producers of raw materials will have to reckon with the strategy of the Chinese authorities.”

According to the analyst, the timing for the launch of the petro-yuan is perfect. Key oil producers Russia, Iran and Venezuela are under pressure from US sanctions, and it is a good moment for them to ditch the dollar in oil trade and substitute it with the yuan.

Mikhail Mashchenko, an analyst at social network for investors eToro, agrees. “From the point of view of Russia's geopolitics, it is certainly beneficial to reduce the role of the dollar in foreign trade. And it has been done, let’s recall the record growth of the country's gold reserves. The other states that are constantly under the threat of new sanctions, like Iran and Venezuela, can profit, too. The contracts in RMB will allow to trade oil without US approval,” he told RT.

Both analysts agree that it will take time before the petro-yuan can become a real threat to the dollar. China needs to win the support of the world's largest oil producers Russia and Saudi Arabia, or the initiative is doomed, says Mashchenko. He added that the yuan is fully controlled by Beijing, which could also spook potential investors.

ORIGINAL SOURCE: China can succeed with petro-yuan where Gaddafi failed – killing the US dollar in oil trade at RT on 4/2/18