China Knows They Can’t Win a Trade War; Currency War Is Next

China cannot win a trade war against the US. They simply do not import enough from America; tariff hikes hurt their exporters exponentially more than they hurt ours.

Which is why a currency war is such a likely outcome. China can gain the upper hand over the US by devaluing the yuan, which would shift the trade war into its next phase of escalation: currency war.

A currency war is what happens when countries intentionally devalue their currencies through their central banks. Increasing the money supply lowers interest rates and the value of the currency, thereby depressing the exchange rate. The best example of this type of expansionary monetary policy is that of the United States Federal Reserve.

The Fed buys Treasury notes from its member banks, giving them more money to lend. To do this, the Fed must print more US dollars. The idea is to stimulate demand by reducing lending rates and therefore entice businesses and individuals to borrow and spend more money. 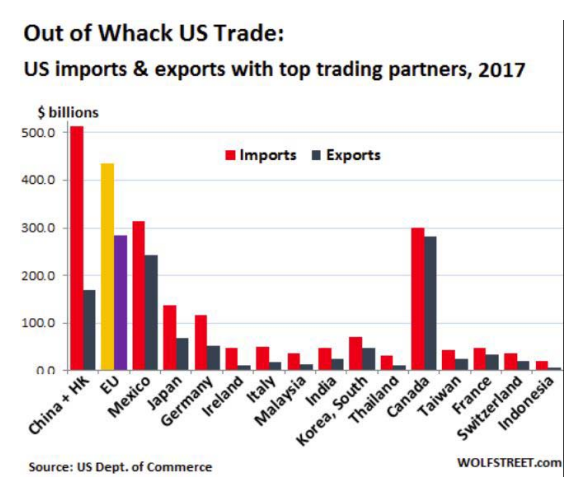 Until last September, when the Fed wound up its last round of quantitative easing, this policy led to rock-bottom interest rates and has been behind the record-setting highs hit on US stock markets. Low interest rates mean companies can borrow, expand and grow, thus boosting profits and share prices.

In a currency war, those on the losing end of trading relationships decide to engage in a policy of competitive devaluation. By keeping their currencies low, through monetary policy explained above, the idea is that exports will be cheaper. On the other hand, devaluing a currency also makes imports more expensive, which can hurt companies that purchase a lot of foreign parts for assembling their products.

the Trump Administration favors a low dollar in order to keep exports competitive and to bring jobs back to America. How far Trump is willing to go to make this happen remains to be seen. Like in any war, there will be winners and losers, but so far it all looks positive for commodities. I've got what a potential currency war and what it does for commodities like gold, lithium and oil on my radar screen. Do you?

ORIGINAL SOURCE: Currency wars: The race to the bottom has begun by Richard Mills at Ahead of the Herd on 4/27/18