You Can’t Fool Math: Central Banks and The Law of Diminishing Returns

Math is like the sun. Regardless of all the hue and cry and drama and theater (financial and otherwise) of man, it does what it does. The sun rises, the sun sets, regardless. Math equations, compound interest figures, do not become more than or less than what they are because of jawboning in Fed minutes.

Nearly nine years into the current economic expansion Federal Reserve policy actions appear to be benign, as even after six increases, the federal funds rate remains less than 2%.

Changes in the reserve, monetary and credit aggregates, which have always been the most important Fed levers both theoretically and empirically, indicate however that central bank policy has turned highly restrictive. 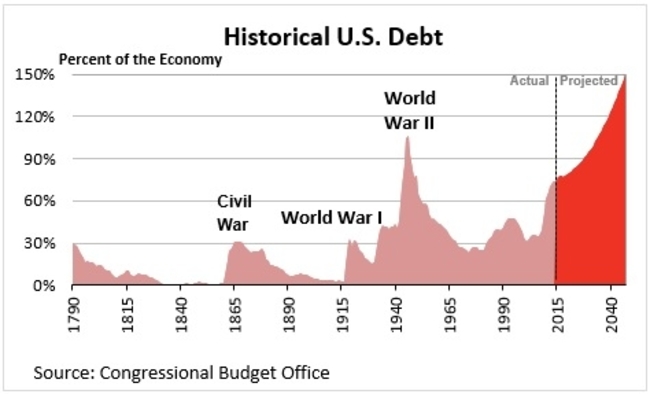 These conditions put the economy’s growth at risk over the short run, while sizable increases in federal debt will serve to diminish, not enhance, economic growth over the long run.

The law of diminishing returns holds important implications for both recent and future fiscal policy actions that have increased and will continue to increase federal debt.

Suppose that during the next recession the economic solution is assumed to be an even more massive rise in debt than the $3.5 trillion explosion that occurred during and after the recession of 2008-09.

This policy will result in even smaller economic gains than in the current expansion. If debt increases are doubled, tripled, or even quadrupled, the law of diminishing returns indicates economic growth will become even more frail.

Important to the long-term investor is the pernicious impact of exploding debt levels. This condition will slow economic growth, and the resulting poor economic conditions will lead to lower inflation and thereby lower long-term interest rates.

This suggests that high-quality yields may be difficult to obtain within the next decade. In the shorter run, in accordance with Friedman’s established theory, the current monetary deceleration, or restrictive monetary policy, will bring about lower long-term interest rates.