Wolf Richter, Lance Roberts, Sven Henrich…familiar names all if you keep up with the news feed here at GoldSilver.

They and seven of their compatriots were asked by MarketWatch to offer up a single chart that best shows where we are in the economic cycle and what is likely to come.

By and large, they offered widely varying data points and theses, but with a resounding agreeance about where markets are headed: Down. A lot. Soon.

That’s basically the initial response we got when we asked an assortment of financial and economic types for what they consider to be “the chart of the century” — in other words, the chart that’s been hugely influential to their perspective, and positions.

Wolf Richter, the man behind the Wolf Street blog, had no trouble zeroing in on the theme for his pick for “chart of the century”: U.S. debt. 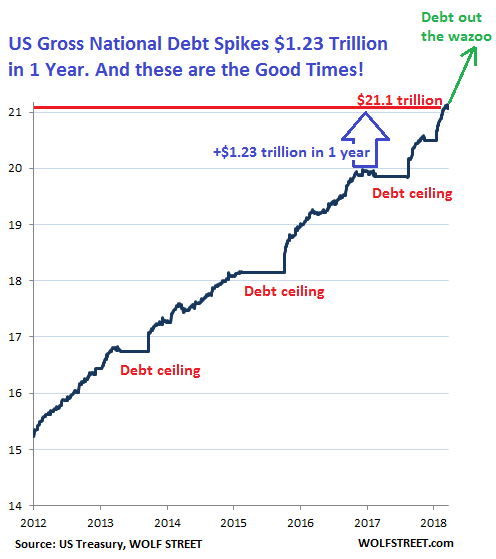 He did have trouble choosing whether the chart should show ballooning student loans, or ballooning government debt. Either way, ballooning’s the key, as he predicts both narratives will continue to raise alarms. When push came to shove, he opted for the government debt chart.

Spending and debt are also the theme of the chart selected by Lance Roberts, chief strategist for Clarity Financial. But his chart focuses on the consumer side of that picture. 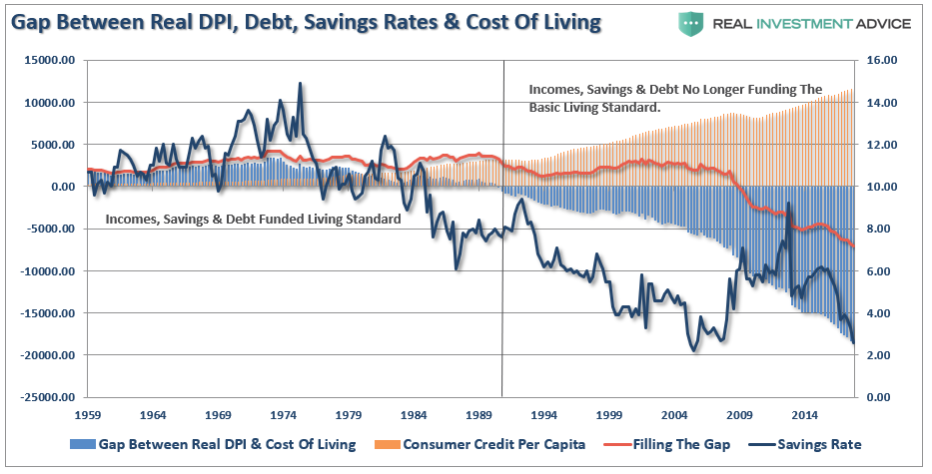 Visualized here is the widening gap between cost of living, and the income and credit Americans have at their disposal. Up until the late 1980s, disposable income, savings and debt funded the standard cost of living. Since then, however, this chart shows that hasn’t been the case -- and the national personal savings rate has dropped from above 10% in the 1970s to below 4% today.

Northman Trader’s Sven Henrich says this long-term trend line has proven to be a key pivot during the 2002 lows and also during the 2008 financial crisis. 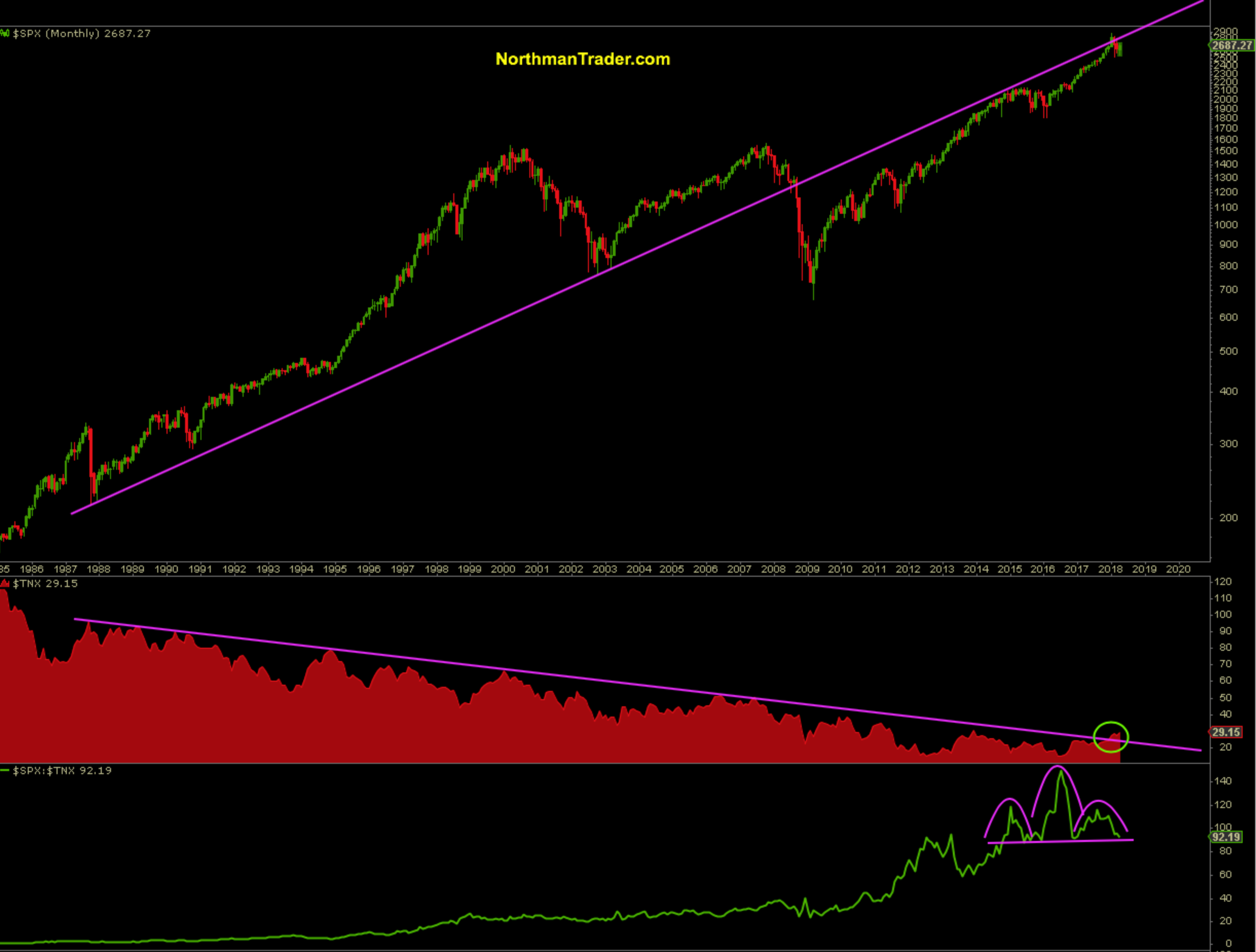 “Since the 1987 crash, we see a consistent trend of lower highs for the 10-year yield and every single time the 10-year yield pushed against its trend line, it rejected,” Henrich said. “For 30 years... until now.”

“Can markets, for the first time in 30 years, sustain an advance without lower highs in the 10-year yield?” Henrich asks... rhetorically. “Instead, can markets advance in the face of potential higher highs in yields -- at a time when we have the highest debt-to-GDP ratio in generations?”

A break of the neckline on the chart, he warns, “would suggest either much lower equity prices or much higher yields or, perhaps worse, both.”

ORIGINAL SOURCE: This could be the most important chart of the century for investors by Shawn Langlois and Jessica Marmor Shaw at MarketWatch on 4/26/18