Sideways trading in a chart is not time wasted. When the breakout comes, it is often only as powerful and enduring as the time spent leading up to it. Gold has been in an accumulation phase for years now.

Whatever the match that ends up lighting the wick, gold's coming rally should have serious legs, in no small part to its lengthy leadup.

"You've really got to back away from the forest to really see these trees," Bill Baruch, president of Blue Line Futures, told "Trading Nation." "This gold market bottomed in 2015 and it's had higher lows in 2016, 2017."

Gold prices tumbled to $1,049 an ounce in December 2015. Since then, prices have gained 27 percent and never come close to dipping below the $1,000 mark as they did during the financial crisis. 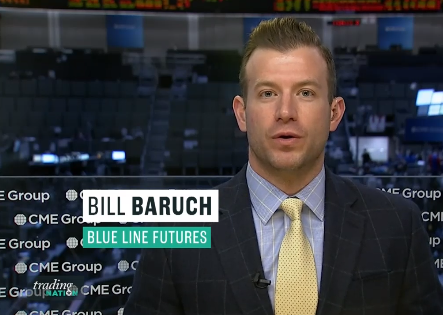 "This has been extremely constructive even to a point we almost have a bull flag building since the January spike," said Baruch.

Gold will "have a big second half of the year. I expect it to break out above $1,400 sometime before August or September," said Baruch. "The dollar's going to be a catalyst and now the trade war can also be a big catalyst."

The U.S. dollar should head lower this year, potentially declining another 5 percent to 7 percent, Baruch said. The recent passage of a $1.3 trillion spending bill and a spike in defense spending will likely pressure the dollar, triggering a rally in gold, he added.

Larry McDonald, editor of the Bear Traps Report, is also bullish on gold prices as investors eschew bonds. When stocks sell-off, bonds are often seen as a safe haven in which to park money. That relationship appears to have broken down this year as a multidecade bond bull market comes to a close and the government puts to auction a record amount of debt.

"That's going to create a flight of capital out of bonds, out of equities, and into alternatives like gold. I'm extremely bullish at these levels," said McDonald.

ORIGINAL SOURCE: Bond King Gundlach sees an unusual trend in gold. Here’s why it could soon end by Keris Lahiff at CNBC on 4/5/18