Clive Maund: For Stocks, “A Grueling and Seemingly Endless Downtrend”

Master technician Clive Maund has some thoughts (and some shiver-inducing charts, if you’re long equities or treasuries) after the stock market’s recent bludgeoning.

So what now? – does Friday’s savage drop mark the start of a crash phase and the onset of a major bearmarket – probably, given how extended this market has become. Unless the market can be stabilized at or above its 50-day moving average on the S&P500, it is likely to plummet back to its 200-day now at 2532 as an initial downside objective. The 3-arc Fan Ascent shown on our chart, that we had earlier delineated, is akin to a parabolic blowoff, and breakdown from the 3rd fanline basically means “game over”. 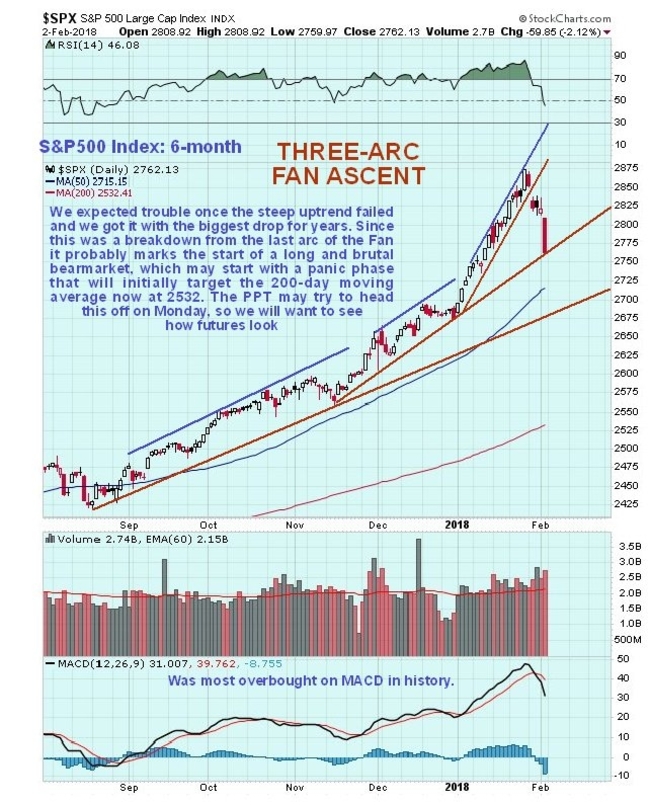 Note the extraordinarily overbought 50-day to 200-day MACD on that chart; the most technically overbought level in that timeframe's $SPX history.

Not to be outdone in the fixed-income arena, Maund has an equally dire chart and outlook for treasury fans out there: 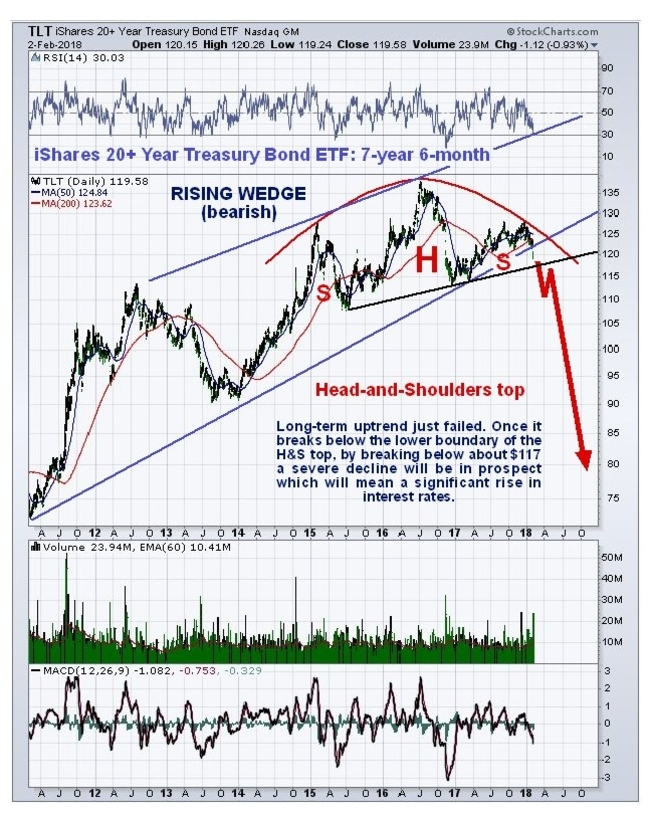 With Treasuries no longer serving as a bolthole, panicking investors are going to have to scurry into something else – like gold and silver, which should rise to prominence as this crisis deepens.