Coming up Next: The Perfect Storm for the U.S. Dollar 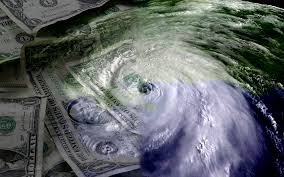 ORIGINAL SOURCE: There’s a perfect storm coming for the dollar, says chief currency strategist by Gemma Acton of cnbc.com on 1/24/2017

The Full Faith and Debt Credit, the only thing backing the U.S. Paper Dollar other than big gun's is having a tuff time adjusting to the new administration. If it goes higher it will create way more problems then the Fed and government can handle.

Even though this currency strategist like's a couple currencies better than the U.S. Dollar at this time, it's all paper in the end and that's why in the long run precious metals out shine's them all.

Here's what this currency strategist had to say today;

There is a fundamental case for the dollar to fall further from here, Unicredit's chief currency strategist told CNBC's Squawk Box on Tuesday.

The U.S. currency is hovering around a six-week low after comments leaked on Monday from U.S. Treasury Secretary nominee Steve Mnuchin regarding potential short-term hits to the country's economy from an "excessively strong dollar."

These remarks are just one factor to suggest the dollar is set to lose further ground in coming months, according to Vasileios Gkionakis, head of global FX strategy at Unicredit.

"I think it is quite overvalued relative to where real rate differentials were suggesting it would go," Gkionakis said, adding that the dollar's 30 percent appreciation between the summer of 2014 to the end of 2016 demonstrated that there is already a lot of optimism priced in.

The markets have also misinterpreted the likely effect of stimulus, Gkionakis continued, saying, "I'm not entirely sure the first reaction of the market to the announcement of the Trump policies was entirely sensible and I say this because we have heard about a large infrastructure spending which is likely to put upside pressure on inflation but not necessarily increase productivity."

Given that the U.S. is currently operating near full capacity and full employment, a large yet short-term fiscal stimulus boost which does not address structural issues, will affect nominal rather than real rates, the strategist said.

"Inflation over the medium term is really a negative for the exchange rate and now you have the new administration trying to talk the exchange rate down so you seem to be getting something like a perfect storm for the dollar over the next year or so," he explained.

Gkionakis sees more investment potential in the yen which he believes could be a beneficiary of increased political uncertainty and consequent volatility.

He also sounded a bullish note on commodity currencies, namely the Australian and Canadian dollars, but warned of trade policy risk for the latter given the U.S.'s northern neighbor has many trade relationships with it.

The dollar index peaked in early January but has been trending down in recent weeks with some traders suggesting technical factors indicate it may have reached a market top for now.

"I think 2017 is going to be a year where we see a weaker dollar across the board," Gkionakis concluded.

Get Used To Living Under "Subsidiarity" After The Great Reset

Gold Slips As Dollar Rebounds Ahead of U.S. Fed Verdict

Americans Won’t Be Rushing to Retail Stores to Shop After Getting COVID Vaccine: Sur...
More News