Edwards: Fed Independence Will Not Survive the Fed-Caused Recession

The Fed’s policies will have been the primary cause for the coming recession. The degree to which it will be held to account for its destructive meddling remain to be seen, but at least one analyst expects dire consequences. 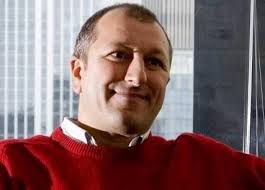 Edwards said a flattening of the U.S. yield curve — where the difference between short-dated and longer-dated U.S. Treasury yields narrow — was revealing investor fears about the economic recovery, despite punchy data related to consumer and business optimism.

"The optimists have had their day. This data merely reflects the illusion of prosperity," Edwards argued.

Edwards cited data which showed that credit card charge-off rates at small U.S. banks had peaked to 7.9 percent. This is a level not seen since the end of the global financial crisis. Charge-off rates represent the level of debt that a creditor has decided it has no chance of collecting.

ORIGINAL SOURCE: US economy is headed for recession and the Fed will be held responsible, SocGen bear warns by David Reid at CNBC on 3/29/18