If you end up owing a little over a trillion in taxes to the government due to your spending decisions, perhaps you should borrow some of their euphemistic creativity to explain yourself. You see, you aren’t overspending and you aren’t living beyond your means.

The total disconnect from reality. The hubris, the relentless justification, of unsustainable mathematics as necessary core policy. Breathtaking. 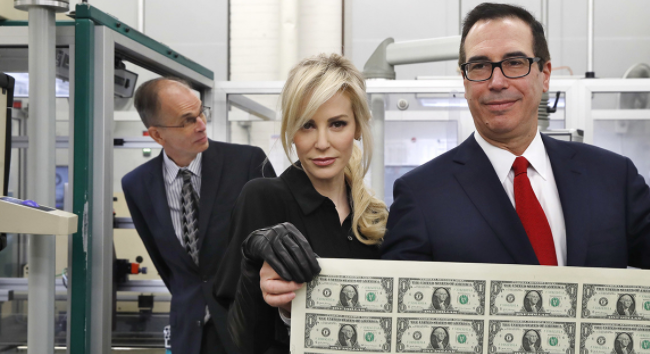 Treasury Secretary Steven T. Mnuchin signed off on a report with the mind-numbing title Fiscal Year 2017 Financial Report of the United States Government.

The message from the Secretary indicates that happy days are here again. As the report states:

Unemployment is at its lowest level since February 2001, consumer and business confidence are at two-decade highs, and inflation is low and stable.

This statement and the fact that free-market loving, fiscally conservative Republicans are running the show in Washington suggests the US might actually have a budget surplus.

Only it doesn’t. The Results in Brief section includes this statement:

The Government deducts $3.4 trillion in tax and other revenues from its $4.5 trillion net cost (with some adjustments) to derive its fiscal year 2017 “bottom line” net operating cost of $1.2 trillion.

In other words, while the economy hums along at a record pace, the US budget deficit is increasing by $1.2 trillion annually. What’s more, the tax cuts recently enacted by Congress are expected to increase deficits by more than $100 billion annually.