Fedcoin: How & Why Governments Will Utilize Cryptocurrency

In this segment, Mike gives his thoughts on why there is such a push towards a cashless society, and whether a centrally controlled cryptocurrency is part of the plan.

There is always a tension between government and individuals when it comes to money. In the US, this has manifested itself in the historical clash between those who advocated a market-oriented currency policy and those favoring a central bank and federal control of the money supply.

Thomas Jefferson was a fierce opponent of a central bank, calling it “an institution of the most deadly hostility existing against the Principles and form of our Constitution.” But in the early days of the Republic, he lost out to Alexander Hamilton, architect of the first Bank of the United States.

That bank did not survive, nor did the second Bank of the United States, chartered by James Madison and quashed by Andrew Jackson. But with the establishment of the Federal Reserve system in 1913, a quasi-governmental central authority took control of the money supply.

People continued to trade in gold and silver coins, but at first, they also had the option of precious metal-backed national currencies. The Fed issued gold and silver certificates that were fully redeemable in the underlying metal.

There was even a note you could cash in for $100,000 in gold. Ironically, it featured a portrait of Woodrow Wilson, the man who presided over the founding of the Federal Reserve.

The End of Hard Money

Gold certificates ended when President Franklin Roosevelt took us off the gold standard in 1933. Silver certificates, though, continued to circulate until the early 1960s. And foreigners could still redeem US dollars for gold until President Nixon terminated that agreement in 1971.

With the end of gold and silver standards, all US money was henceforth in the form of Federal Reserve Notes, the country’s only legal tender. It’s a true fiat currency, backed by nothing but the “full faith and credit of the US government.” The Fed can create as much as it wants, out of thin air. And citizens are forced to accept paper dollars in payment of debt.

It’s a system that eliminates competitive currencies, of which there were many in 19th-century America. It also puts the power of money creation in a small number of hands. And it gives the Fed a great amount of control over the national economy.

The computer age has added a further, more insidious layer of monetary control. Greenbacks have now been largely replaced by electronic bits and bytes in everything from savings accounts to credit card purchases. This gives government the ability to track individuals’ transactions if they choose to. It also allows easy enforcement of regulations such as the $10,000 rule, whereby banks and other financial institutions must report any individual activity involving more than $10K to the government. The right to financial privacy is headed for extinction.

Ever-increasing scrutiny of what citizens do with their money is justified by government as necessary to crack down on black market activities, mostly having to do with the illegal drug trade. That it also affects everyone else is dismissed by the notion that “you shouldn’t be bothered if you have nothing to hide.” That individuals may have legitimate reasons to conduct some of their legal activities in private is considered less important than the “public good” that would supposedly accrue from government access to our personal financial records.

In recent years, some economists and major political figures have expressed the desire to push financial controls even further, by creating a cashless society. It’s all but arrived in places like Sweden, where many merchants won’t even accept paper money.

Abolishing cash is cited by its proponents as the ultimate solution to the problem of crime. However, at the same time it would mean unprecedented government access to information and power over citizens, a government capable of watching everything that we do. 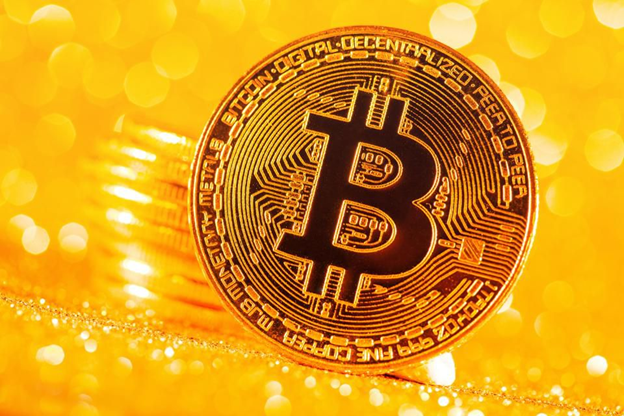 The first real challenge to financial centralization, and to fiat currencies themselves, has arrived in the form of Bitcoin and other cryptocurrencies. Cryptocurrencies employ powerful technologies such as blockchain and distributed ledger. They can be massively disruptive, with the ability to change everything that we know or think we know, about money and finance. They can unite the entire planet, with everybody in complete consensus.

Bitcoin was the blockchain innovator and the father of the hundreds of cryptocurrencies that have sprung into being since it appeared. The promise of Bitcoin is that it will allow financial transactions between parties, in complete privacy, without either banks or the government as middlemen.

You would expect that the cryptocurrency threat would have prompted some sort of government response, similar to the crackdown on the Darkweb site, Silk Road. After all, Bitcoin transactions proceed outside the purview of Washington. And, unlike the US dollar, Bitcoin can’t be debased through inflation. Only 21 million Bitcoin will ever exist, a limit expected to be reached around 2140. If Bitcoin does achieve currency status, it will be the most stable one in the world.

Yet the government has not intervened. But that’s probably because, at this point, cryptocurrencies are really only investment vehicles for speculators. They are not yet true currencies. Not true competitors to the dollar. No one will sell you a car for one $15,000 Bitcoin today when the value of that coin may be cut in half tomorrow. While there are some merchants who now accept Bitcoin, it’s for relatively minor purchases.

Will We Get a Fedcoin?

However, if Bitcoin does look like it’s going mainstream as an alternative currency, you may rest assured that the government will not sit idly by. It probably won’t try to outlaw cryptocurrencies, because policing such a ban would be a logistical nightmare. No, what many observers think will happen is that it will simply introduce its own competitor, something like Fedcoin.

Fedcoin would have a huge advantage over other cryptocurrencies. It would be fully and easily convertible to dollars at a fixed rate. The Federal Reserve could make it legal tender, meaning that merchants would be required by law to accept it. It would be convenient; you could write checks or make credit card purchases in Fedcoin. Chances are, it would see adoption on a far more widespread basis than Bitcoin and the others.

It would also enable easy government surveillance of your financial transactions, so there will always be those who choose alternative cryptocurrencies that protect their privacy. And there are those who argue that Fedcoin can’t possibly work.

To learn more about the future of cryptocurrencies, watch the eighth episode of the Hidden Secrets of Money.