Minor to moderate pain inflicted and felt in real time is one of the great gifts of the unfettered free market. If you overextend yourself, make foolish bets, you pay, immediately and justly, as the market’s ruthless efficiency is exacted via others’ recognition of the opportunity to profit from your poor performance.

In this way, equilibrium is maintained. If, via dint of central bankery, such pain is delayed, it simply accumulates. A decade of manipulated prosperity has resulted in a largely anesthetized market that has forgotten what true pain feels like.

There will be no controlling the pain when the dam breaks and system collapses. Investments in risk assets will be eviscerated across the board. In such an environment, the flight to safety into silver and gold will likely drive unprecedented price appreciation. 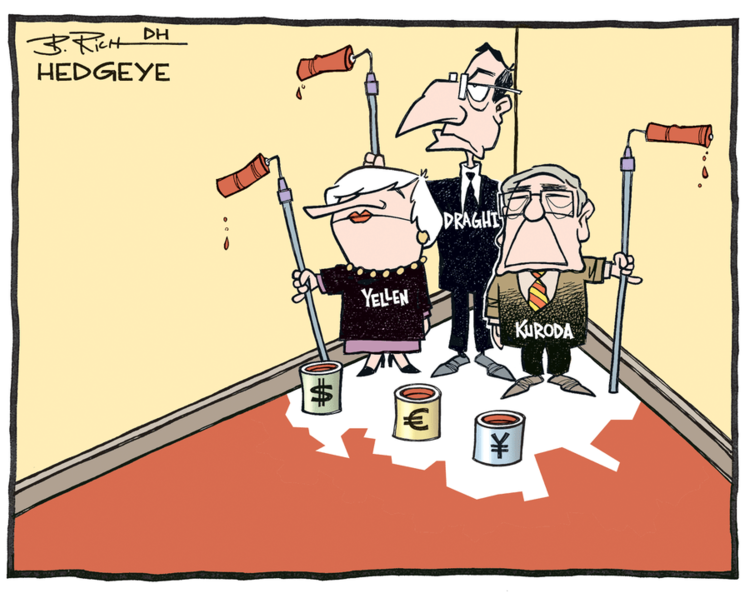 The prevailing fiction pervading Wall Street right now is that economic growth is picking up in a sustainable fashion and that interest rates will merely rise slowly. Then, soon level off at historically low levels. In other words, they are selling a fairytale; and a dangerous one at that.

This premise is blatantly false. The Fed's reverse QE program, Government debt levels and Nominal Gross Domestic Product, all dictate that the 10-year Note Yield should be now swiftly on its way to at least 4.5%, from the artificial level of 1.4% found in July of 2016.

Therefore, there is no perfect outcome for the market and the economy and no safe path for the Fed to normalize rates.

The Fed's capitulation on its rate hikes and balance reduction is drawing very close due to the coming yield-shock-induced recession. And the return to QE should follow soon after. At that time gold will not only work as a hedge; but should surge back to all-time nominal highs-- and at a record pace as well.

This is because fiat currencies will get dumped with abandon as a purging collapse of asset prices cascades around the globe. After all, if central banks are drawn back into buying sovereign debt now, it is tantamount to admitting interest rates can never be allowed to normalize. In fact, the tacit admission will be without perpetual central bank manipulation; rising interest rates would render governments completely insolvent.

Perhaps at the end of this coming market meltdown governments will admit their folly and ensure that money consists only of gold once again. Indeed, Chaos may be the only way out of the pernicious manipulation of free markets by governments. That is our best hope and prayer to engender a viable way out of this economic Ferris wheel that has been whirling between asset bubbles and deflationary depressions with increasing intensities.

ORIGINAL SOURCE: Chaos is the Only Way Out by Michael Pento at Pento Portfolio Advisors on 3/21/18