While a strengthening USD is often cited as a catalyst for lower gold prices, gold has held strong during the USD’s recent leg up.

It bears remembering that there is not a 1:1 inverse correlation in the movements of the two. Especially in an economy so heavily impacted by unprecedented levels of debt and Fed policy, casting a wider net for potential catalysts and pricing factors is the sensible approach.

One explanation to gold’s resilience relative to USD is that the recent pick up in USD momentum had been boosted by the selloff in emerging market currencies, following the fallout in Argentina and selloff in the currencies of Mexico, Poland, Chile, Brazil, Hungary and Turkey. 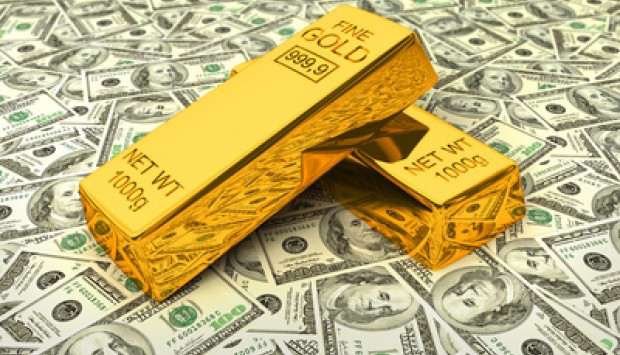 The final and more important factor is related to the Fed. As I have argued last week, the Federal Reserve policy stated earlier this month its commitment to symmetric inflation objective. This means it anticipates inflation to reach the 2.0% target and is willing to allow it to allow it to edge towards 2.5%, just as it has allowed to undershoot to as low as 1.4% last summer. A more relaxed Fed stance towards inflation means it is unlikely to hike rates more than three times this year.

That is good news for gold, and only positive for the USD if US inflation continues to trend over those rates in the rest of the world. But as energy prices end up filtering through the global economy, a more positive inflation outlook has usually proven to be generally in favour of the non-USD complex.

ORIGINAL SOURCE: Inside Gold-USD Relationship by Ashraf Laidi at FX Street on 5/9/18