Overnight – Gold pressed to 2-month low at $1459 against firming stocks and bond yields, but bounces to gamely to $1470 on DX pullback

·        Gold faded strength in S&P futures (+16 to 2994), which were still riding the renewed optimism in the US-China trade talks after the US denied contemplating blocking Chinese firms from listing shares on US exchanges.

·        Some slightly hawkish comments from the Fed’s Evans (US still on path for “solid” 2.255 GDP this year, with no further rate cuts expects inflation to increase above 2%) were another headwind for gold.

·        However, news of continued violent protests in Hong Kong were gold supportive and helped minimize the downside move

Gold retreats to $1482 as the DX and bond yields stabilize

·        Open interest was off 19.1k contracts, reflecting a heavy amount of long liquidation from yesterday’s selloff.

·        Volume was a tad lower but remained strong with 463k contracts trading.

·        Though probabilities for future rate cuts have declined in recent days, they increased markedly today off of the poor US ISM report.  Fed Fund Futures predict the Fed continuing to cut rates going forward:  62.5% chance of a 25bp cut at the October meeting, a 79.1% probability of a 25bp cut by the December meeting, and a 47% likelihood of two 25bp cuts by the January meeting - and bulls see a rate cutting environment one in which gold can flourish

·        Just as bears were eyeing downside support at $1457 and below, they were blindsided by the poor ISM report, with many recent shorts getting run out of the market

·        However, some bears used today’s bounce to get short(er) at more attractive levels

·        Feel that markets are still a bit over their skis on rate cut predictions (though the probabilities  for future aggressive rate cuts have come in significantly recently), feel that the downward pressure on bond yields was also overdone, and that a modest reversal should allow the US dollar to strengthen further against other currencies (DX reached a 29-month high today) as they feel the dollar still remains the “cleanest dirty shirt in the laundry basket” with the US as the sole global growth engine. Recent soft data for both Germany and the Eurozone (weak German CPI knocked the euro to 28-month lows today) that drove the German 10-year yield further into negative territory over the past months (German bund yield remains negative and not far from record lows of  -0.743%) underscores this view.

All markets will continue to focus on geopolitical events (especially Brexit news and Saudi - Iran tensions, Hong Kong protests), developments with the Trump Administration (especially on US-China trade, potential legal / impeachment issues), oil prices, and will turn to reports tomorrow on Japan’s Consumer Confidence, US ADP Employment, Oil Inventories and comments from the Fed’s Barkin, Harker and Williams for near term direction. 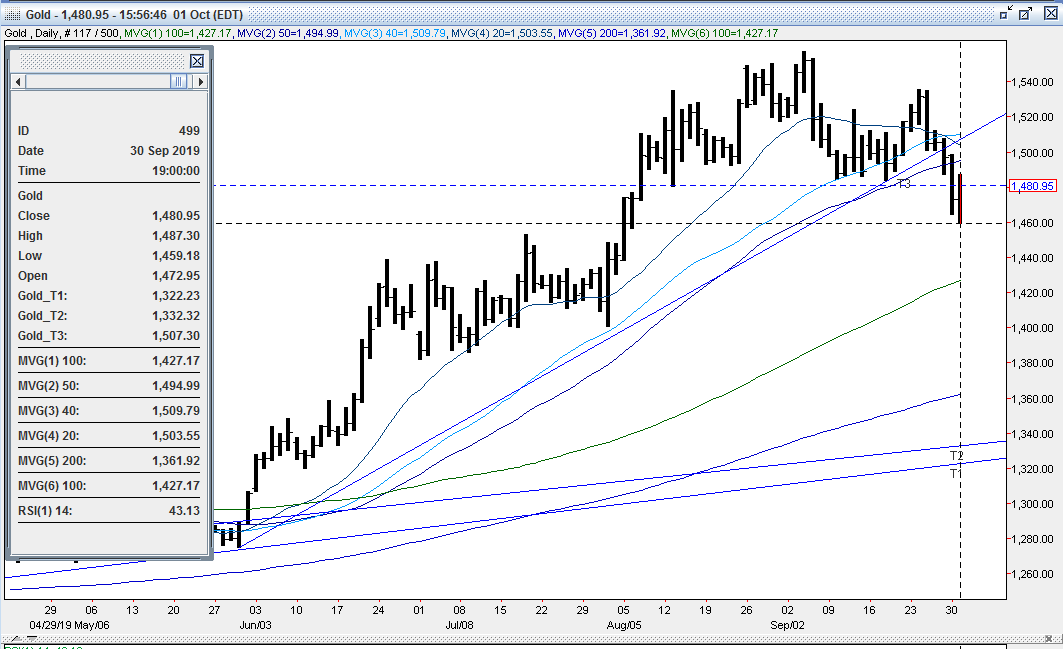 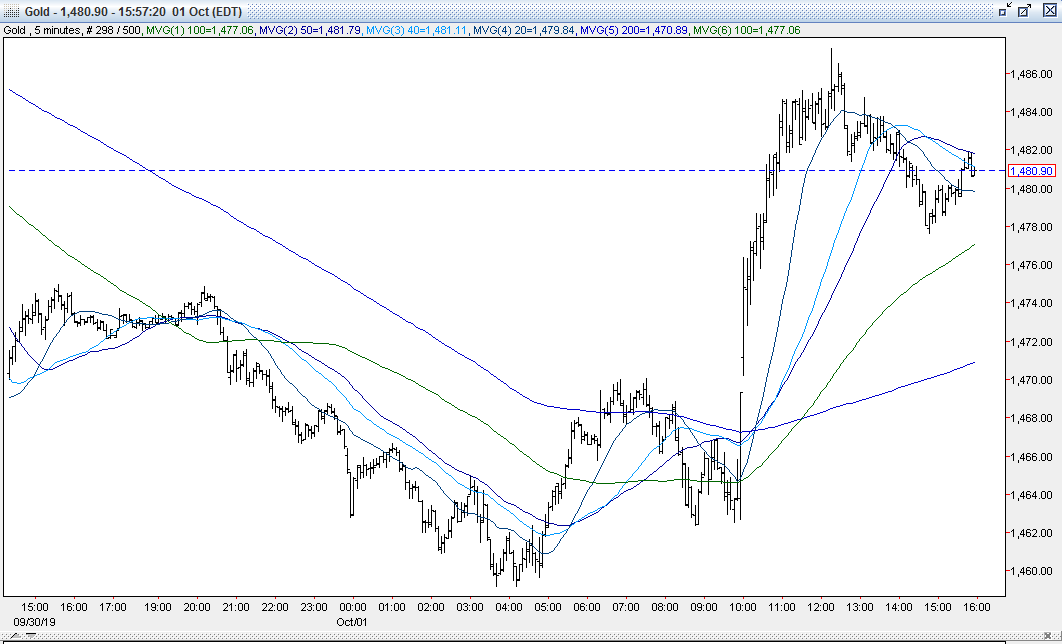 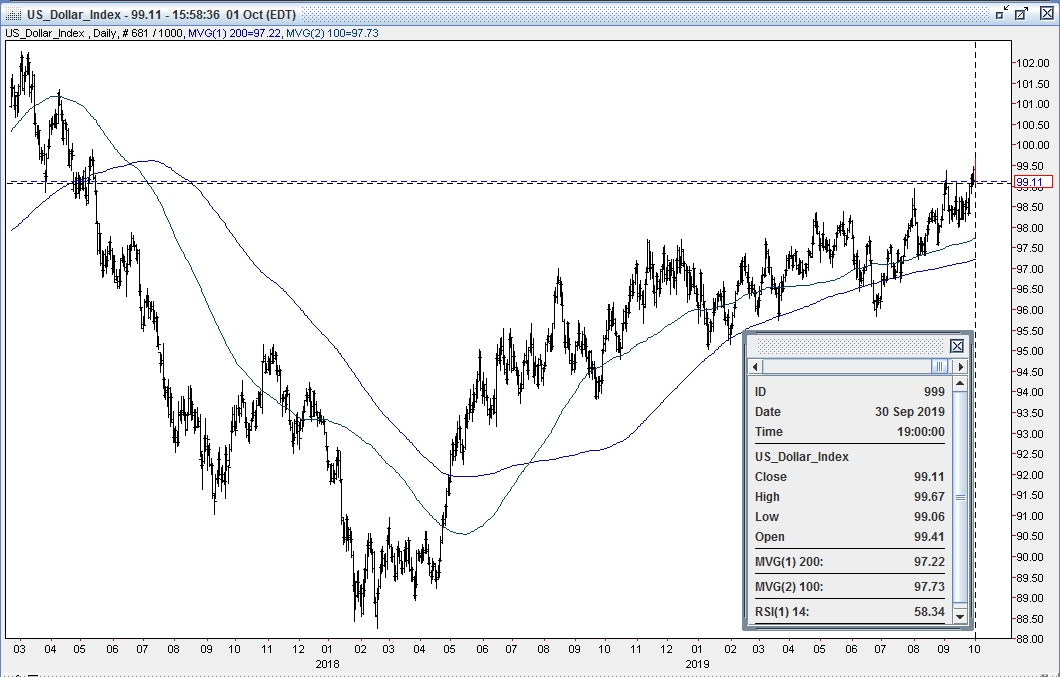 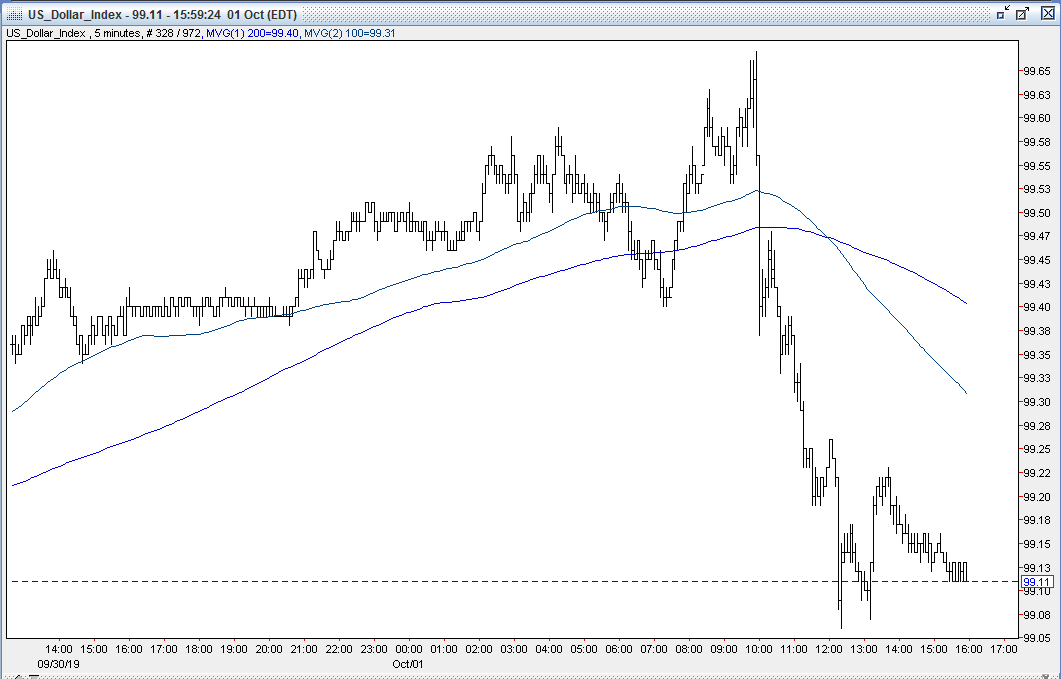