How Defense Spending, American Politics’ Third Rail, Is Bankrupting Us

Candidate Trump said he would balance the budget. Did anyone, really anyone, believe that would happen for one scant moment? It’s far too easy to pander, and it’s far too easy to spend wildly on defense, which is only one muttering of “It’s defense, we have no choice” to be fully excused by a vast swath of the American public, no matter how insane the actual math. 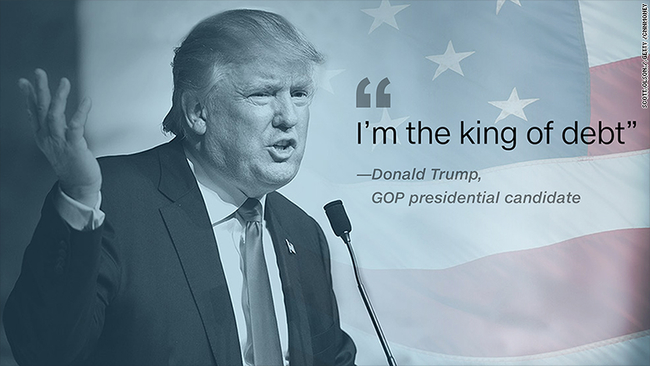 The glaring economic truth is that at the end of the day, it’s the military industrial complex—and not the sick, the elderly or the poor—that is pushing America towards bankruptcy.

Now the Trump Administration is pushing for a $4.4 trillion budget for fiscal year 2019 that would add $7 trillion to the already unsustainable federal deficit in order to sustain America’s military empire abroad and dramatically expand the police state here at home.

Since taking office, President Trump—much like his predecessors—has marched in lockstep with the military. Trump wants $716 billion to expand America’s military empire abroad and billions more to hire cops, build more prisons and wage more profit-driven war-on-drugs/war-on-terrorism/war-on-crime programs that eat away at the Fourth Amendment while failing to make the country any safer.