How to Buy a Lamborghini Selling Federally Insured Mortgages

No credit? Bad credit? Just file bankruptcy? You're in luck! Because Angelo Christian very much wants to sell you a house.

Regardless of whether or not you have demonstrated any ability to pay back debt you have already incurred, Christian is there for you. No money down. The federal government guarantees the loans he hard-sells over the phone, so there's no risk for him. And what with the five-figure commissions, adding a Lambo to the Mercedes already in his garage is all in a day's work.

Betting on risk assets at this point in time is betting that this level of debt-fueled asset price ascent is sustainable. When borrowers who have already proven they can't pay their debts qualify for giant home loans with no money down? Something's got to give. 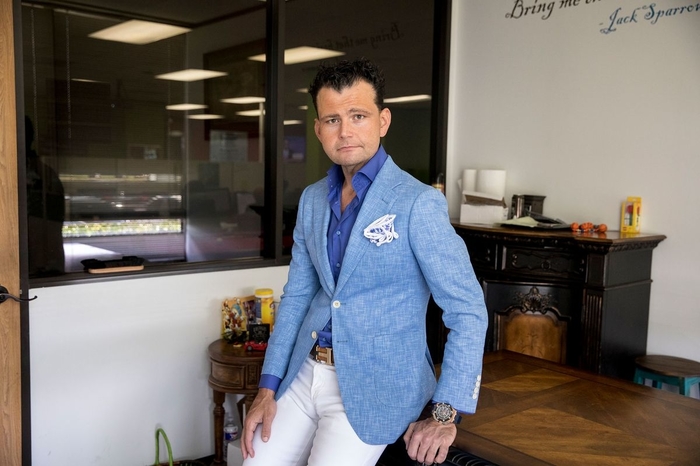 Many of Angelo Christian’s customers have no savings, poor credit, or low income—sometimes all three. Some are like Joseph Taylor, a corrections officer who saw Christian’s roadside billboard touting zero-down mortgages. Taylor had recently filed for bankruptcy because of his $25,000 in credit card debt. But he just bought his first home for $120,000 with a zero-down loan from Christian’s company. Monthly debt payments now eat up half his take-home pay. “If he can help me, he can help anyone,” Taylor says. “My credit history was just horrible.”

In his corner of American finance, where hard selling meets hard luck, Christian is a star, and he looks the part. He’s wearing black caiman shoes and a Bordeaux-red silk shirt, tight and open wide at the chest. His dark widow’s peak is slicked high with gel. He has 180,000 Facebook followers and a budding YouTube network, where he shares original videos such as “How to Master Your Mind” and “How to Manage a $50 Million Pipeline.”

Each time Christian sells a home loan, the company he works for, American Financial Network Inc., takes as much as 5 percent—$12,500 on a $250,000 loan, to be distributed among his staff, corporate headquarters, and, of course, himself. As he and his team chase more than 250 leads a week, they’re on pace to close 50 a month. Christian says he has a Lamborghini on order to go with his Mercedes.

Christian can do this kind of deal because he is, in effect, making the loan on behalf of the federal government through its most important affordable housing program. It’s a sweet deal: He gets his nearly risk-free commission. Taylor puts no money down. If things go south, the government ultimately bears the risk.

ORIGINAL SOURCE: Getting Rich on Government-Backed Mortgages by Prashant Gopal at Bloomberg on 5/24/18

The Risk Of Inflation In A Zero Interest Rate Environment

In 2008, Foreign Investors Owned More Than Half of the U.S. Treasury Market, Now The...

Long Lines Form at Food Banks Across Country Ahead of Thanksgiving