Contrary to Donald Trump, IMF managing director Christine Lagarde does not see the recent US tax cut as “A big, beautiful waterfall.” 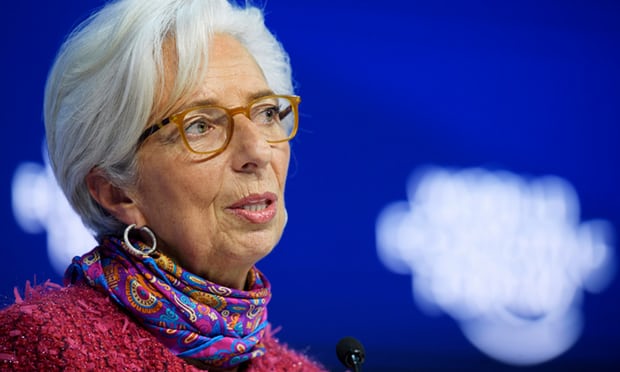 The IMF is concerned that cutting taxes will lead to a bigger US budget deficit, and that extra borrowing by the US Treasury will force up long-term American interest rates. As a result, it fears growth could be choked off in the longer term, making the stock market vulnerable to a sudden downward lurch.

The Trump tax cut is simply the latest episode in what has become a very familiar US government theme; short-term actions designed to elicit short-term positive outcomes at the distinct expense of long-term economic health and sustainability.

The rise in global growth and inflation is putting pressure on central bankers to unwind the unprecedented money-printing operations launched after the financial crisis nearly a decade ago. Some economists fear that quantitative easing – where central banks buy bonds from financial institutions – has created inflationary pressures, as well as driving asset prices to new peaks.

UBS Chairman Axel Weber summed up the current climate succinctly. “We are in pretty uncharted territory. Exiting from QE [quantitative easing] will be a difficult exercise.”

Nobody knows what this unprecedented level of money printing does to an economy over the long term. But there is no fiduciary free lunch. You don’t get all the upside of massive, artificial stimulus without ever feeling the down sweep of that same pendulum.