Inflationary Bond Collapse: “A Crisis Many Magnitudes Worse Than 2008”

If you live in a Northern climate, when you start to feel a little bit of chill in the air come late fall, you might not rush to put on a coat. It’s a little uncomfortable, maybe, but you can take it.

Do you put on a coat in midwinter when there are blustery winds and it’s -20F out? Or do you just go ahead and freeze to death?

Significant inflation is NOW for corporations. The prices they are paying for the materials that make up what they sell just hit a 7-year high. As they’ve ramped to this level, the companies in question have largely eaten the higher costs, dealt with the fiscal discomfort. 78.1 on the Prices Paid Index means winter is here and they will be passing inflation on to the consumer.

The Prices Paid Index just rose for its fourth straight month to 78.1: its highest level since April 2011. Why does this matter?

Because it’s a MAJOR warning that inflation is coming. 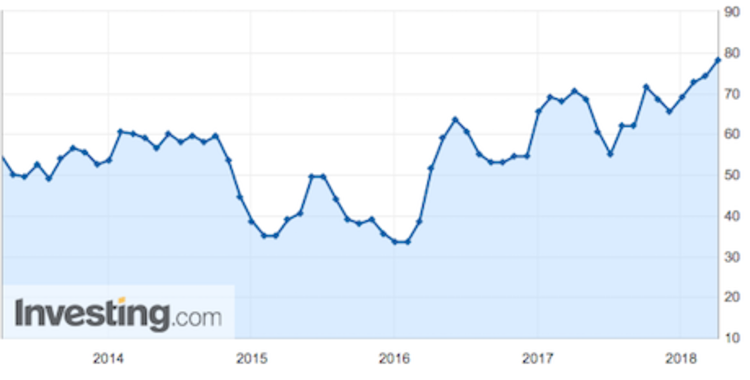 You see, when inflation hits, it doesn’t hit all at once. Instead it rolls out into the economy in stages.

The bond market has picked up on this. All told, there is over $199 trillion in debt outstanding and an additional $500+ trillion in derivatives trading based on bond yields.

So when this bubble bursts (as all bubbles do) we will experience a crisis many magnitudes worse than 2008.

ORIGINAL SOURCE: The First Wave of Inflation is Already Here… the Next One is the BAD One by Graham Summers at Gains Pains Capital on 4/3/18