Debt spending accelerates future earned consumption, using tomorrow’s earned dollars to pay for today’s expenditures. It does not obviate the need for that money to be earned eventually, and with US wages stuck in a prolonged anemic growth trough, one has to wonder where those earnings will come from.

The change in the labor market dynamic, which implies wage growth won’t accelerate as the unemployment rate falls, means a new monetary policy is in order. There’s less of a need for rate hikes if wage growth isn’t going to drive inflation. 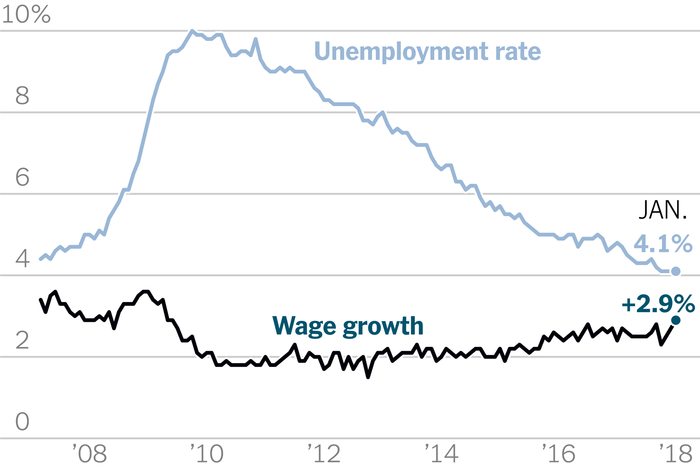 A low unemployment rate and low inflation rate means the Fed has satisfied both its mandates. The Fed doesn’t seem to see this possibility as it is raising rates faster than the other major global central banks. It is becoming hawkish even as the core PCE inflation is below its target. In fact, the Fed’s rhetoric has been the most hawkish since 2006 as we detailed previously.

This isn’t, of course, nirvana because growth is decelerating. The game plan of central bankers appears to buy assets to push up growth. Japan’s accelerated balance sheet expansion started in April 2013. In 2013, Japan’s GDP per capita was $40,490; it was $38,440 as of 2017 which implies this QE program has failed.

The US labor market might not produce great wage growth this cycle just like Japan. Governments and central banks don’t have clear answers on how to create growth in this moribund scenario where there’s an elongated period of low growth, but no recession.