Many Americans Are House Poor, Have Negative Wealth, and No Savings

In a bloated market with pricing resembling that of the subprime bubble, more Americans than ever have all of their assets tied up in their houses.

Should we see anything resembling the dramatic correction of 10 years ago, many of those same Americans will watch their net worth vanish, as home equity is only as real as your ability to monetize it.

Holding an illiquid asset into a freefalling market is how so many ended up underwater, and eventually foreclosed upon, post-2008.

This chart illustrates the marvels of the current 'recovery' cycle - a steady rise in the proportion of U.S. households with no wealth. More than 30 percent of all U.S. households have zero or negative non-housing wealth. 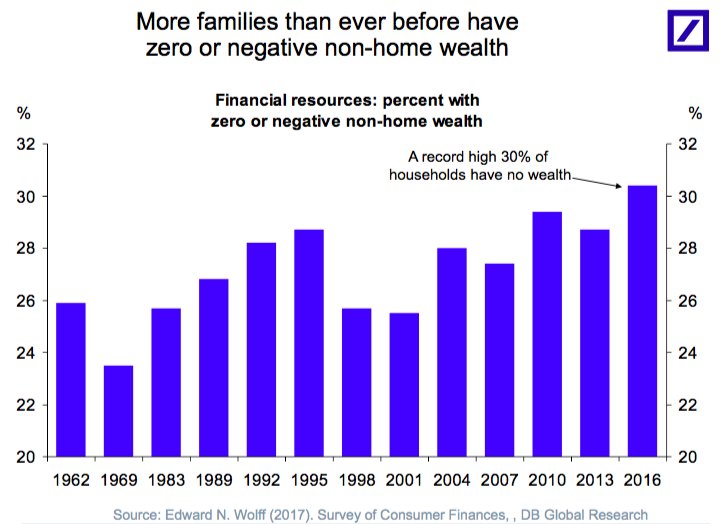 To pair this with other data, here is the U.S. household saving rate: 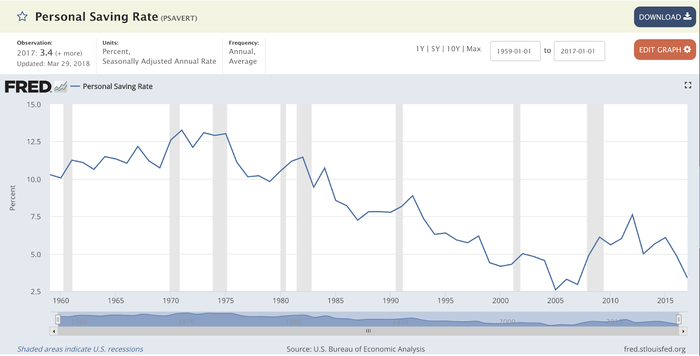 Not scared yet? Ok, here's another fact: according to Bankrate's financial security index survey, released in January 2018, only 39 percent of Americans said they would be able to finance a $1,000 emergency spending using their savings.

ORIGINAL SOURCE: The Great Recovery with No Savings: U.S. Households' Meet 'Exceptionalism' by Constantin Gurdgiev at True Economics on 4/28/18