One of the most pressing forms of fallout from enormous leverage levels, as evidenced by the soaring percentage of the US federal budget thrown away on interest payments (despite interest rates having only been raised barely above 0%) is hypersensitivity to rate hikes.

The amount of financial and economic leverage has grown rapidly over the last thirty years. As such, it now takes a much smaller increase in interest rates to slow economic growth, raise credit concerns, reduce the ability to add further debt and generate financial market volatility.

The economy has just received a large fiscal boost via the tax cut and new budget agreement which will be accompanied by large deficits for years to come. The growth impulse over the next several quarters will be meaningful, but there are a variety of offsets. First, the Fed is hiking rates and removing unconventional stimulus (QE). 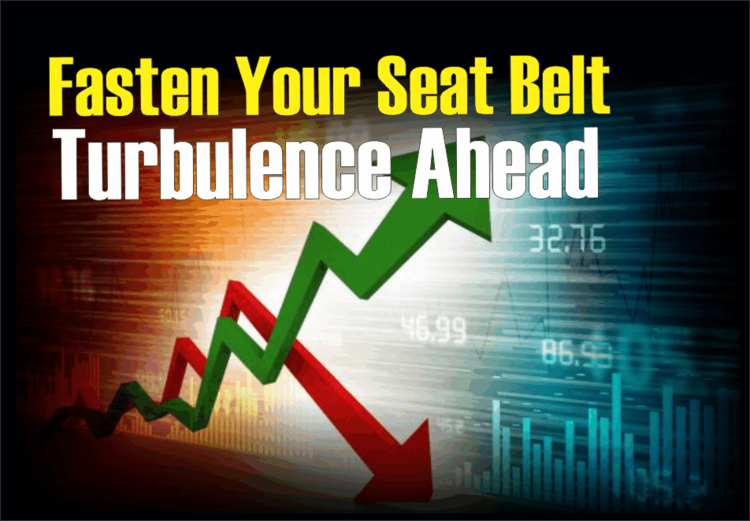 Second, tariffs intended to level the trade paying field hold an uncertain outcome but run the risk of stoking both inflation and the ire of foreign trading partners. Geopolitical risks remain elevated, and those come with the small but real threat of an exogenous shock to the economy.

The one sure thing we would bet on for the remainder of 2018 is more volatility in every asset class, including interest rates. As a direct input into the pricing of all financial securities, higher volatility tends to imply lower stock prices and wider credit spreads on high-yield debt. As such, bond and stock investors should equip themselves to deal with volatile markets.

ORIGINAL SOURCE: Fasten Your Seat Belt, Turbulence Ahead by Michael Lebowicz at Real Investment Advice on 3/21/18